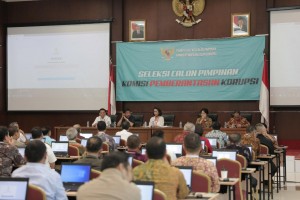 The Selection Committee assigned to choose new leaders of the Corruption Eradication Commission (KPK) for period of 2019-2023 has announced that 104 candidates have passed the competency test.

Those who pass competency test will take a psychological test to be held at the Center for Education and Training of Ministry of State Secretariat in Jakarta on 28 July 2019. (ES)