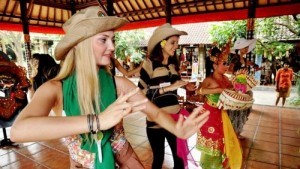 As of November 2017, the number of international tourist arrival to Indonesia reached 12.68 million, rising by 21.84% from that of the same period last year at 10.41 million tourists.

Head of the Central Statistics Agency (BPS) Suhariyanto said that 10.88 millions of those tourists arrived at 19  main entry points and  1.80 million arrived in 19 other entry points.

Regarding the drop in the number of foreign tourist arrival in November 2017 compared to that in October, Suhariyanto said that the drop was reported in eight main entry points with the biggest percentage reported at Ngurah Rai international airport in Bali (22.55 percent) and the lowest drop reported at Tanjung Pinang seaport in Riau Islands province (0.67 percent).