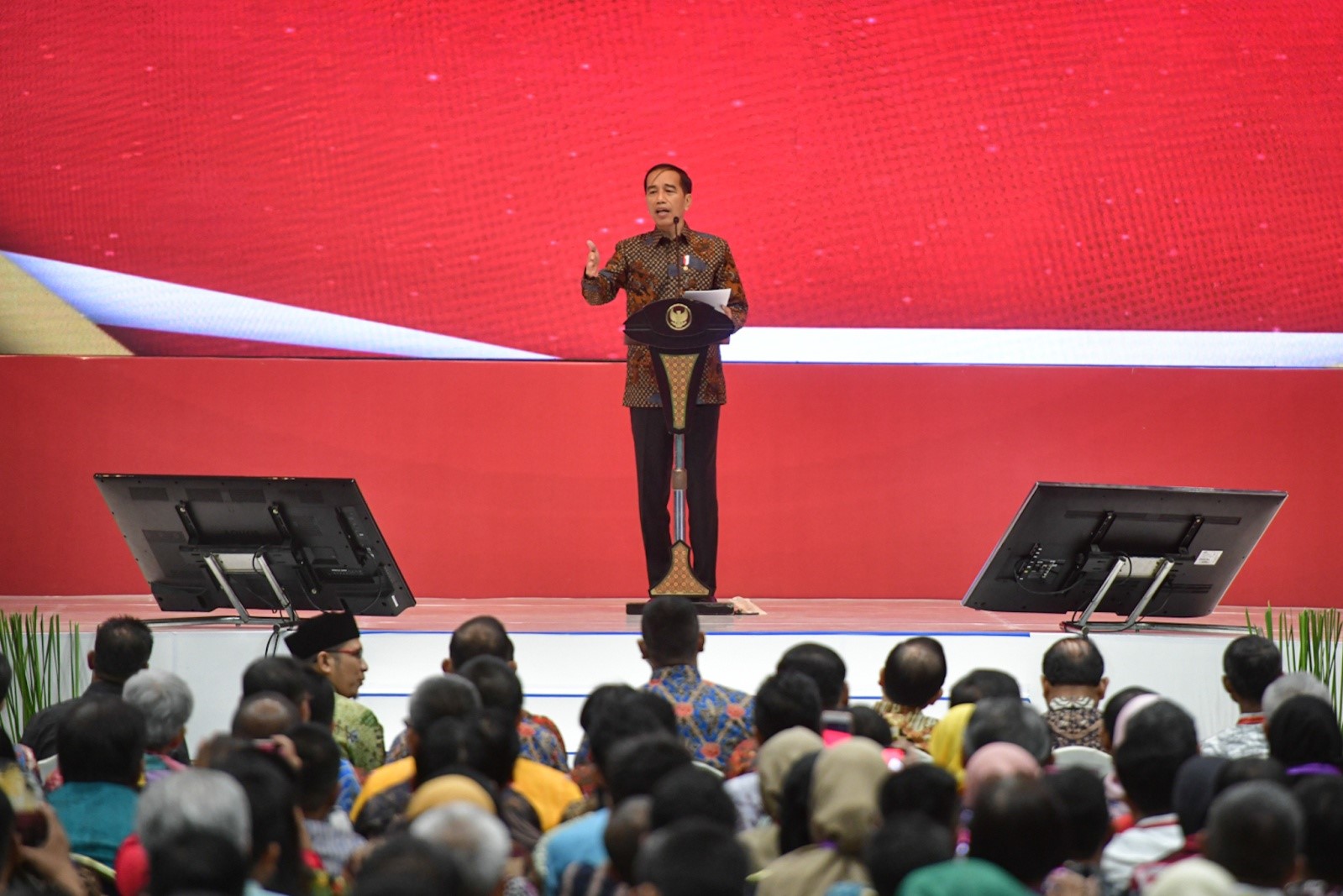 “Why do we still import goods? The import uses the state budget too. This is just too much and it needs to stop,” President Jokowi said at the opening ceremony of LKPP annual coordination meeting in Jakarta, Wednesday (6/11).

“We have to review this. We have to stop the imports,” the President said.

President Jokowi also ordered Head of LKPP to prioritize local products with high composition of local components. “We have to make importing goods difficult for us. Stop importing. This uses our state budget,” President Jokowi added.

On that occasion, President Jokowi added that he would rather buy local goods than import goods, even if the goods are expensive. For that reason, he said that local goods, including those manufactured by small and medium enterprises (UKM) must be put in the e-Catalog list immediately.

The President also reminded that e-Catalog policy should not complicate domestic products to enter the market because they are the host for their country. “If there are any regulations that may burden local goods for e-Catalogue list, do simplify the rules,” he said.

Previously, the President said that hoes were one of many items that could be produced locally by small and medium enterprises, yet the LKPP still imports hundreds of thousands.  “I call on Pak Roni (Head of LKPP) and Head of Development Planning Agency (Bappenas) to devise strategies in terms of boosting domestic industries.

The President further said that there still many items are imported to Indonesia.

“It is convenient for countries that export their goods to us, while we are still burdened by trade balance and current account deficits” he said, adding that importing goods is less costly, yet it will bring negative consequences to the country’s efforts to create more jobs. (MAY / AGG / ES)