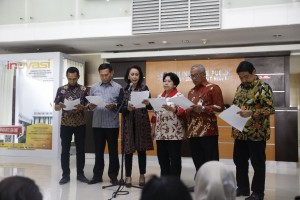 The Selection Committee assigned to choose new leaders of the Corruption Eradication Commission (KPK) has announced that 192 out of 376 candidates passed the administrative selection process.

According to Yenti, those who passed the administrative selection will take a competency test comprising of an Objective Test and Paper Writing Test to be held at the Center for Education and Training of Ministry of State Secretariat in Jakarta on 18 July 2019.

In the meantime, a member of KPK Leaders Selection Committee Harkristuti Harkriswono stated that the competency test is aimed at assessing the candidates knowledge about tasks and authorities of the KPK, as well as measures in combating eradication, which include prosecution, prevention, and supervision. (Ministry of State Secretariat PR/ES)