2018 Asian Para Games to be Held in Jakarta and Bogor 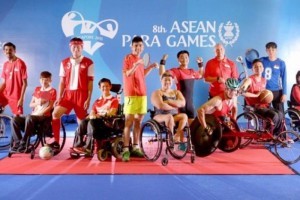 Based on the agreement of the Asian Paralympic Committee, para-cycling sport will be included in the 2018 Asian Para Games.

The Indonesian Government has also decided to set up a venue at Sentul International Circuit, in Bogor Regency, West Java Province.

Under this Presidential Decree, the President assigns the INAPGOC (Indonesian Asian Para Games 2018 Organizing Committee) to prepare and organize the Games in Jakarta Province and West Java Province.

The Presidential Decree also lists the INAPGOC National Committee additional members with the Governor of West Java as Deputy Chairman IV and the Regional Secretary of West Java Province as Members of the Organizing Committee.

The Presidential Decree was promulgated on August 28 2018 and shall come into force on the date of its promulgation. (Pusdatin / ES) (STU/EP/Naster)