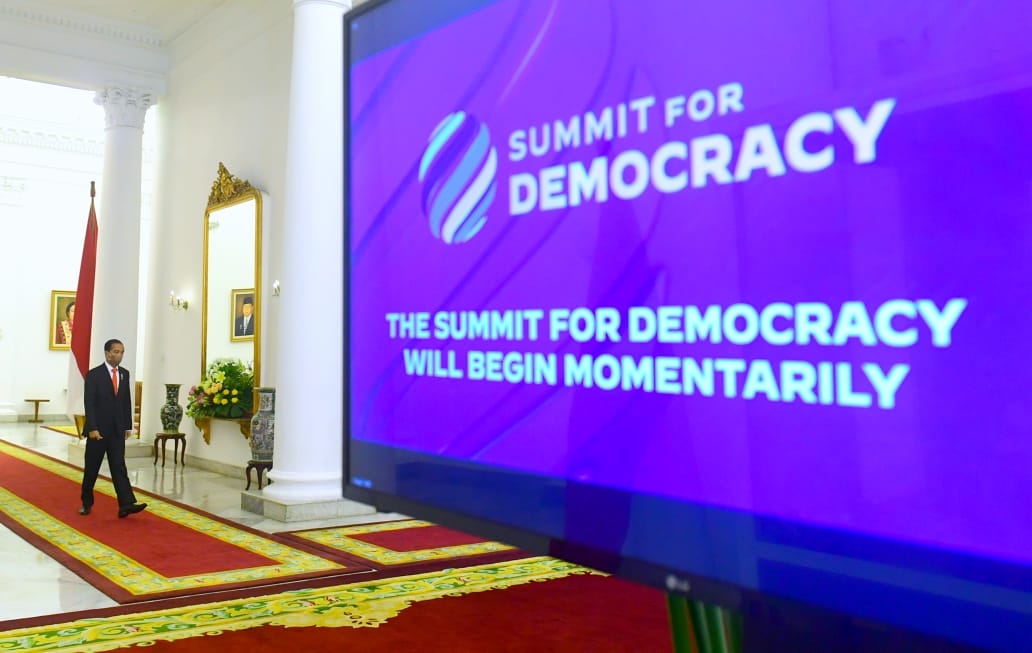 During the summit, President Jokowi mentioned about Bali Democracy Forum (BDF), an annual forum on democracy development in Asia-Pacific initiated by Indonesia.

According to the President, the BDF that is carried out for the 14th year coinciding with the summit serves as a concrete action of this commitment.

“This year marks the 14th installment of the Bali Democracy Forum, which embodies Indonesia’s commitment to promoting democracy and human rights in the region and worldwide. Our commitment toward democracy goes beyond our borders,” he said in his remarks.

The President also pointed out that the BDF is an intergovernmental forum to share perspectives on democracy without blaming each other and is also a forum to exchange best practices on how to strengthen democracy as well as tackle challenges to democracy.

“We are certain that democracy is a universal value. However, the aspirations, the values, and the exclusivities of people must be maintained. This is homegrown democracy. The BDF also involves youths, businesspeople, and civilians who are also a pillar of democracy,” he emphasized.

The President added that Indonesia, along with other ASEAN countries, also continues to promote democracy in Southeast Asia region.

In fact, the country, he continued, initiated the establishment of ASEAN Intergovernmental Commission on Human Rights and consistently sends representatives of civil society as delegates in the commission.

“Indonesia volunteered as the first country to carry out the review. Indonesia continues to encourage promoting democracy and human rights in the Organization of Islamic Cooperation,” he said.

On this occasion, President Jokowi also asserted Indonesia’s commitment to two countries that are still in crisis.

On Myanmar, the President underscored that Indonesia remains committed to continuing to contribute to implement ASEAN’s five-point consensus and expressed belief that democracy in the Southeast Asian  national can be restored through inclusive dialogues.

Meanwhile, on Afghanistan, the President stated that Indonesia will continue to contribute to women empowerment for the improvement and wellbeing of the Afghan people.

“Indonesia remains steadfast in its belief that promoting democracy, human rights, and good governance can continue to grow and develop if cooperation continues to be our top priority. Support from all parties is needed. Aspirations of all elements must be heard. No one must be left behind,” he remarked. (BPMI of Presidential Secretariat/FID/UN) (DH/EP)