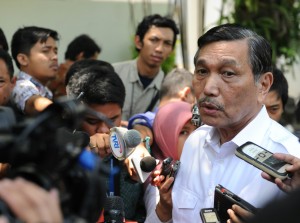 A number of heads of state will certainly attend the 60th anniversary of the Summit (KTT) Africa Asia, that will be held in Jakarta and Bandung, on April 19 to 24 next.

“Yesterday, the President gave a briefing to us at the cabinet meeting that Prime Minister Shinzo Abe (Japan) and Chinese President Xi Jinping will be present,” said Luhut told reporters at the Presidential Office, Jakarta, Tuesday (31/3).

“On April 16, will be held rehearsals in Jakarta, and on 17 April in Bandung. The material substance undertaken by the Ministry of Foreign Affairs. I hope that in the time not too long the material has been completed, “said Luhut.

“I was touched, too, is not inconceivable 60 years ago Bung Karno could initiate an important event, at which time it telecommunications, the internet did not exist. But he was able to gather 29 countries to attend the Bandung and declare an event which I think is monumental. It was greatly appreciated and considered by the developed countries, “said Luhut.

Chief of Staff of Presidential Affairs also mentioned, that the implementation of the Asian-African Summit Commemoration this time also intended to show that Indonesia from 1955 until today show leadership.