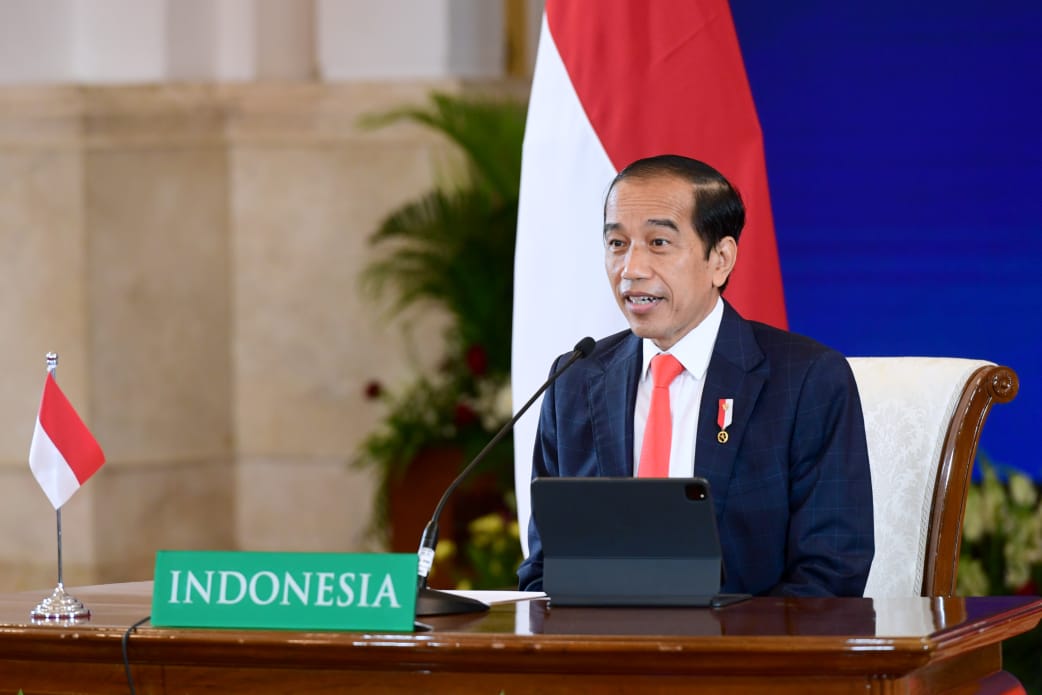 Indonesia is seeking Germany’s partnership in a bid to realize 4.0 industry and digital transformation in Indonesia, which focuses on human resource strengthening, investment climate, and green development.

Indonesia is also preparing to realize its vision of Golden Indonesia through 4.0 industry nearing one century of its independence in 2045.

The country’s development of digital economy and 4.0 industry is currently the fastest in Southeast Asia and is set to become its power to realize its vision, according to President Joko “Jokowi” Widodo.

“Indonesia’s digital economy and 4.0 industry are the fastest in Southeast Asia. We have approximately 2,193 startups, the fifth largest in the world. We also have five unicorns and one decacorn,” President Jokowi said in his opening remarks online at the inauguration of the 2021 Hannover Messe from the State Palace in Jakarta, Monday (12/04).

The President added that Indonesia’s 4.0 industry is forecast to contribute up to US$133 billion to the country’s gross domestic product (GDP) in 2025.

With the fourth largest population in the world, particularly 185 million people connected to the internet, the industrial growth will carry Indonesia to the top ten global economic power in 2030, according to the President.

Therefore, Indonesia has invited Germany to partner with and realize digital transformation in Indonesia together, he added.

“I would like to invite Germany to partner with us to realize digital transformation in Indonesia,” the President said, adding that Indonesia has made a roadmap called “Making Indonesia 4.0” launched in 2018, consisting of three primary matters that will become Indonesia’s strength and focus on realizing 4.0 industry development.

“First, in the era of 4.0 industry, human resource reinforcement is a need. Indonesia has a demographic bonus. In 2030, the number of people with productive age will have doubled,” he stated, adding that the challenge faced is to prepare human resources that are capable of tackling future challenges filled with digital technology, such as big data, artificial intelligence, and internet of things.

“I am confident that Germany can support Indonesia to reinforce its human resources through vocational education development, research reinforcement, and technology-based university reinforcement,” the President remarked.

The President went on to say that an investment climate that supports 4.0 industry development has to be created and it requires structural reforms, one of which is implementing the Law on Job Creation.

Another focus on realizing 4.0 industry development, the President added, is investment in green development, which according to the World Economic Forum, has a business potential of US$10.1 trillion and can provide 395 million new jobs till up to 2030.

The President further said that Indonesia has made various breakthroughs for green development, including biodiesel development from oil palm and rooftop solar panel installment for households, which not only reduce greenhouse gas emissions but also create many new jobs.

“At the same time, Indonesia is ready to contribute to future energy. As the largest nickel-producing country in the world, Indonesia has also developed nickel ore processing into lithium batteries as the primary component of cellphone and electric vehicle batteries,” he said, adding that the partnership of Indonesia and Germany for future green development will also be a priority.

The Head of State also expressed optimism that the partnership of the two countries will bring both countries out of the pandemic crisis.

“We must jump out of the crisis, recover, and grow stronger. I am confident that Indonesia and Germany can partner to come out of the pandemic as ‘winners’,” he remarked. (FID/UN) (DH/EP)