About the Cabinet Reshuffle, Teten: Signals from the President Enough Clear 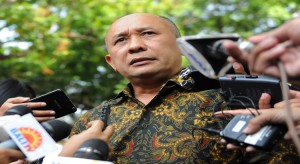 The Communications Team of President, Teten Masduki, argued that President Joko Widodo (Jokowi) has repeatedly given a clear signal to the possibility of Working Cabinet reshuffle. However, about the time when the reshuffle will be implemented, according to Teten, still waiting for the right time.

“Signal the President has been sufficient clear, the signal, that President needs to perform reshuffle, and the reshuffle is linked with efforts for the improve government performance,” said Teten Masduki told reporters at the Presidential Palace Complex, Jakarta, Monday (6/7).

However, further Teten, when and who the names of ministers to be held reshuffle, President Jokowi has not been discussed specifically.

According Teten, in time, of course the President that knows when the reshuffle will be implemented.

“Not to talk about. However, the reshuffle signals you already know. President repeatedly on various occasions when meet with economists, has also been mentioned. However, when and names who they are, President has not been mentioned specifically,” said Teten asserted. . (WID/ES)