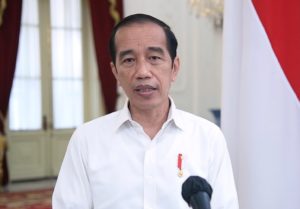 The activity restrictions policy (PPKM) implemented by the Government in the last few weeks has succeeded in reducing the bed occupancy rate (BOR) in hospitals.

“Thank God the current BOR in Jakarta is about 29.4 percent,in West Java 32 percent, in Central Java 38.3 percent, in East Java 52.3 percent, in Banten 33.4 percent and in Yogyakarta 54.7 percent. In the meantime, the BOR at Wisma Atlet also decreased to 19.64 percent while our national BOR is 48.14 percent,” President Joko “Jokowi” Widodo said at the Merdeka Palace, Jakarta, Sunday (15/08).

The President also said that daily COVID-19 vaccination should continue to be accelerated. According to the President, the national daily vaccination has reached 1.6 million jabs per day at its peak.

On that occasion, the President also demanded the acceleration for centralized isolation measures which play an important role in controlling the spread of COVID-19. Testing and tracing of COVID-19 positive cases should also be improved, he stated.

“Last week, the numbers of our testing measures were between 130,000 and 140,000and our tracing indicator was between 5 and 7. Even though the number belongs to the medium category, I should appreciate it because there was a progress,” the President said.

The President underscored that testing measure must continue to be increased to reduce the rate of transmission.

“We must accelerate the testing measures so that we know those who get infected and we can handle them immediately to prevent the transmission,” the President said. (BPMI of Presidential Secretariat/UN) (RI/LW)