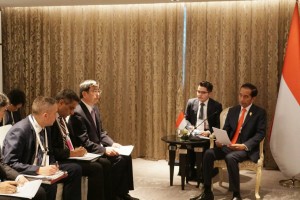 Meeting between President Jokowi and President of the ADB was held on the sidelines of the ASEAN Summit,
Retno said that the ADB President considers Indonesia one of well-developed economies in the region. (DND/DID/ES)