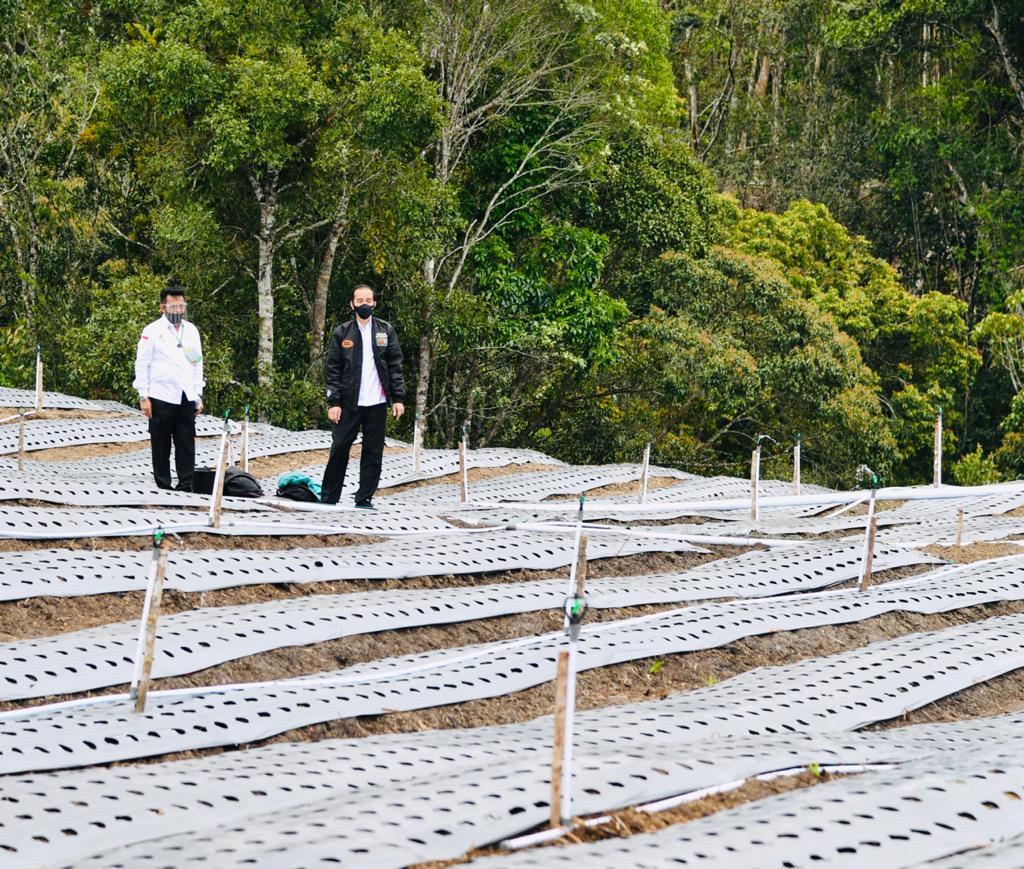 According to him, the growth in the agricultural sector was driven by several factors, one of which is food crop commodity which has grown by 10.47 percent following an increase in the number of areas entering harvest season and production of rice, maize, cassava, as well as thanks to favorable weather.

“Horticultural commodities also grow by 7.85 percent due to the demand for fruits and vegetables during COVID-19 pandemic,” he said Friday (05/02).

Plantation commodity, he added, also grew by 1.13 percent with the commodity in palm oil, while livestock commodities saw a decrease due to the falling demand in livestock industry during the pandemic.

Data from the BPS also shows that Indonesia’s economic growth in 2020 contracted by 2.07 percent consumer-to- consumer (c-to-c) compared to that in 2019.

“This figure shows that Indonesia’s economic recovery is on track. The improvement is thanks to intervention carried out by the Government,” said Coordinating Minister for Economic Affairs, Airlangga Hartarto as quoted from the ekon.go.id page, Sunday (07/02).

According to him, such condition has resulted in household consumption that contracted by 3.61 percent y-o-y, which means a positive growth of minus 0.49 quarter-to-quarter (q-t-q) compared to the previous quarter, he added.

At the same time, producers responded to the improvement in domestic demand by increasing investment, so that Q4’s gross fixed capital formation (PMTB) only contracted by 6.15 percent y-o-y, better than the previous quarter’s minus 6.48 percent.

“Several business sectors have begun to see an improved performance due to rising domestic demand. At the same time, optimism for global demand recovery has also boosted domestic business sectors, such as the manufacturing and agriculture industries,” he said.

Manufacturing only, according to Suhariyanto, contracted by 3.14 percent y-o-y and agriculture grew by 2.59 percent y-o-y, while the driving force for the processing industry was the chemical, pharmaceutical and traditional medicine industries, which grew by 8.45 percent y-o-y due to an increase in demand for hygiene and health products.

As for capital market and financial sector, the Jakarta Composite Index (JCI) and Rupiah have also strengthened again. In line with this, there was an improvement in the Purchasing Managers’ Index (PMI) leading indicator and consumer confidence index as well as a trade balance surplus at US$21.74 billion in 2020 or at an all-time high since 2011.

The momentum for economic recovery is expected to persist this year so that the Indonesian economy will rebound with growth in the 4.5-5.5 percent range sustained by increased household consumption, investment, government spending and exports, he added.

“The Government has prepared several main strategies as a game changer, among others, maintaining the purchasing power of the lower middle class by continuing the Social Protection Program (Perlinsos),” he said.

The social welfare program is focused on the middle and lower classes, including the Family Hope Program (PKH) and the Pre-Employment Card, he said, adding that the Government is committed to maintaining the sustainability of the business world with support for MSMEs and corporations as priority programs.

Consumer confidence from the middle and upper class groups is also boosted by efforts to speed up the handling of COVID-19.

Meanwhile, vaccination program for the communities aimed to achieve herd immunity of around 181.5 million people is also carried out to support consumer confidence at all levels of society.