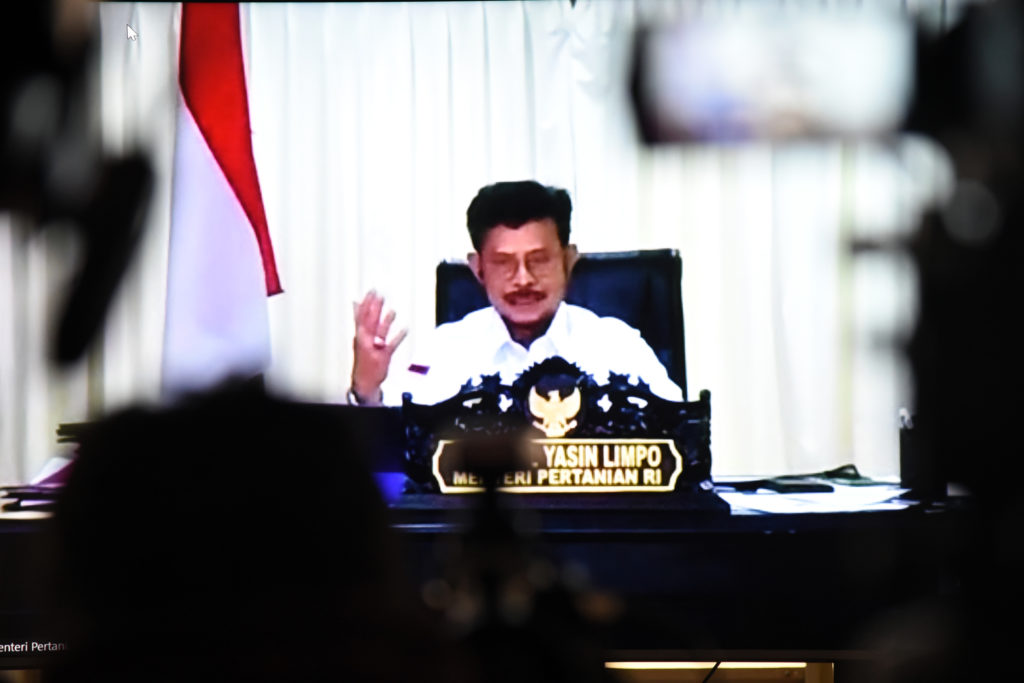 Supply of eleven food commoditie will be sufficient to meet national demands until June this year, Minister of Agriculture Syahrul Yasin Limpo has announced.

“The Government hopes there will be no obstacle in terms of distribution which can lead to price instability in several regions,” the Minister said, Tuesday (5/5).

For that matter, Syahrul pointed out that the Government is committed to addressing the deficit.

“President Joko “Jokowi” Widodo has also mentioned earlier about the possibility of long drought and food crisis following the COVID-19 pandemic. For that reason, the Government has decided to accelerate the growing season,” the Minister said.

According to him, the second growing season this year is set to begin in May as soon as the harvest season ends.

“We should make the most of the current rainfall and the remaining ground water supply on the existing land,” he said, adding that the existing land will be available from April to September which covers an area of 5.6 million hectares.

Other than preparing the existing land, he continued, the Government will also provide  assistance in the forms of seeds for 2 million hectares land, fertilizers, pumps, long storage pipelines, as well as small trenches to drain water.

“Once the Coordinating Minister and the President have agreed to pass the budget, as many as 600,000 hectares of additional lands can be used as backups,” Syahrul said.

For the record, Coordinating Minister for Economic affairs has previously stated that rice production in May and June will increase and exceed national consumption.