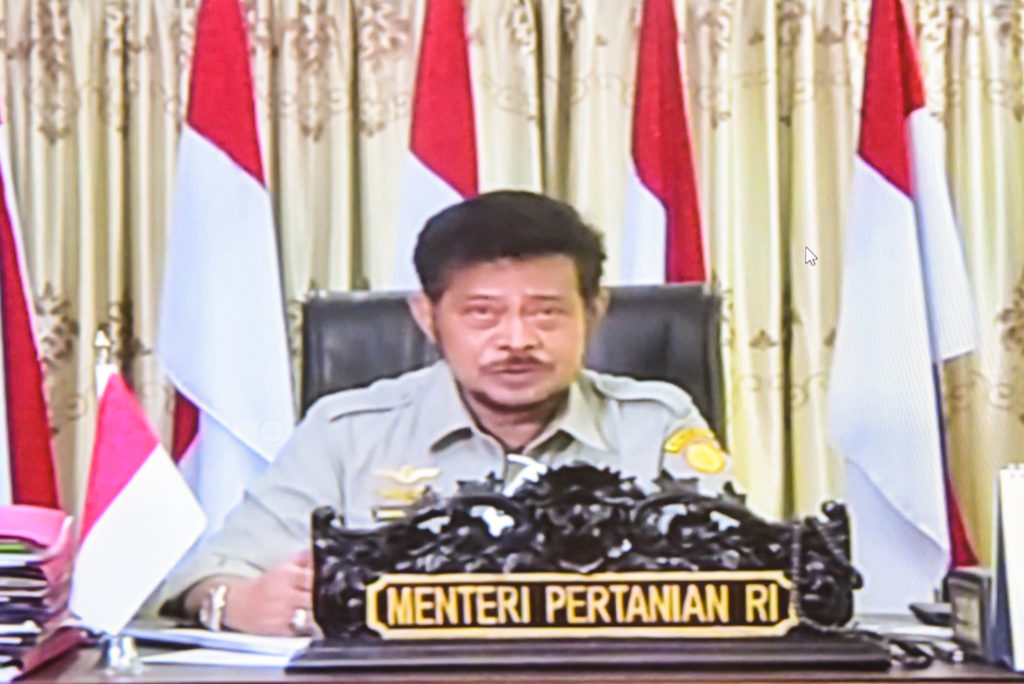 “Until today, I think agriculture is one of the commodities that continue to develop quite well. To date, the agricultural sector has utilized Rp42.17 trillion from KUR, about 60 percent already. Last year, the amount was Rp55 trillion, with 0.6 percent bad credit. So, it really deserves to be continuously rolled out,” the Minister said in a press conference after a limited meeting on agricultural KUR loans, Monday (26/07).

The Minister went on to say that the absorption of KUR will continue to be intensified along with the start of the 2nd planting season in August.

In particular, the Minister also urged increased distribution of KUR for the porang plant cluster, which is one of the commodities currently being developed in Indonesia. “This year, we will reach 10,000 hectares. There is also swallow’s nest,” he said.

In addition to efforts to increase access to capital through the KUR program, Syahrul added, the Ministry also encouraged increased agricultural productivity from upstream to down stream through collaboration with related parties.

“While we are discussing this with Minister of Cooperatives and Minister of SOEs, we will jointly carry out various consolidations that allow us to make KUR effective, starting from upstream in processing or in post-processing to its market,” he remarked. (FID/UN) (FI/MUR)