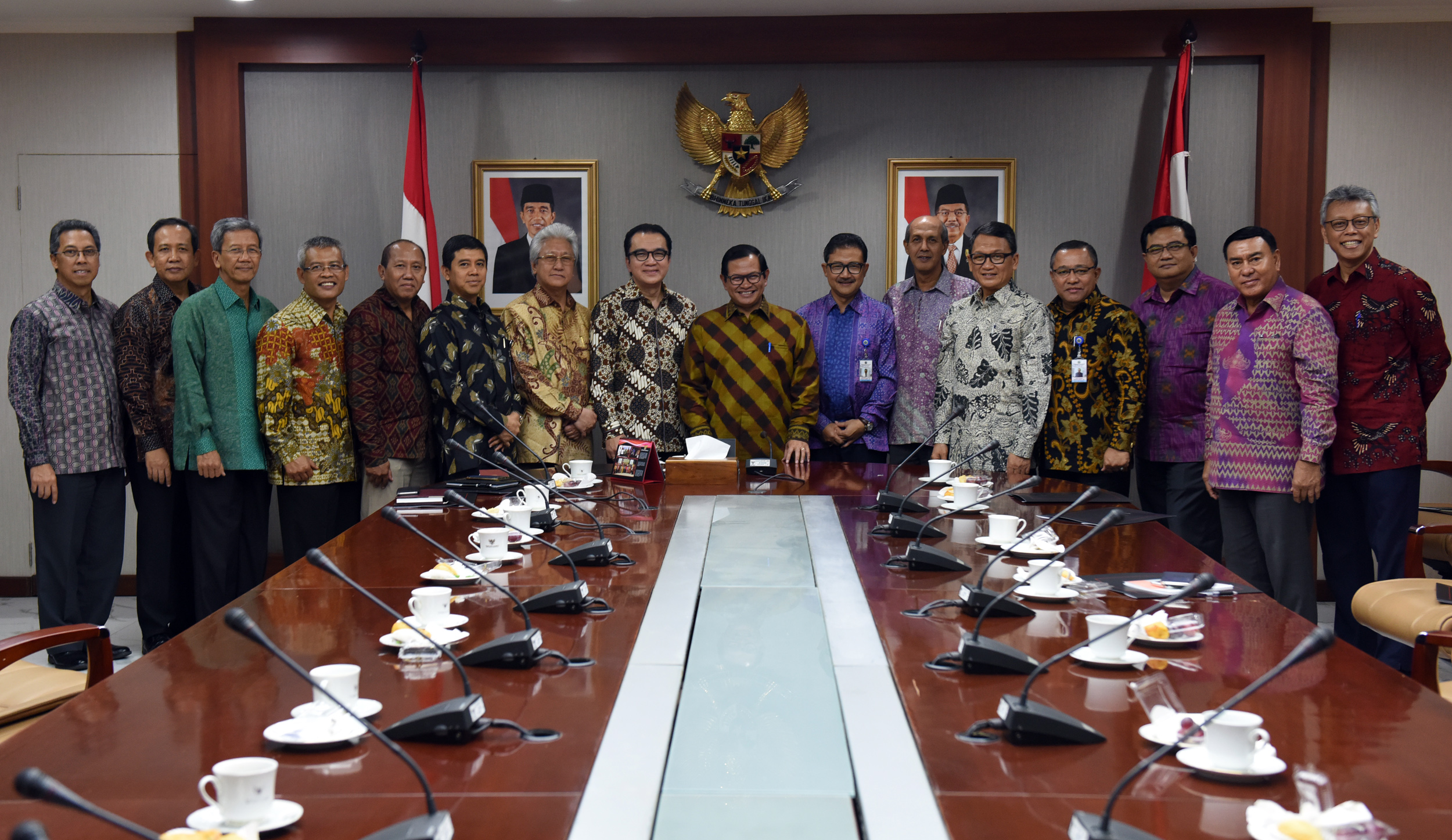 Cabinet Secretary Pramono Anung said that Indonesias economy is now on the top 20 countries, and ranked 15 in the world.

Therefore, the Government believes that on the 100th Anniversary of the Indonesian Independence in 2045, Indonesia will be among top 4 countries in the world if political stability is maintained and the economy grows by 5 to 6 percent, Pramono added.

Currently, Indonesias Gross Domestic Product (GDP) per capita is around US$3,500  US$3,600, it is expected to increase to US$29,000 in 2045. Thus, Indonesias economy will be among top 4 in the world, after China, India, and the United States, Pramono said when receiving 17 Indonesian Ambassadors Extraordinary and Plenipotentiary to friendly countries who were inaugurated on 13 March 2017, on Friday (24/3), at a Meeting Room of the Cabinet Secretarys Office, Jakarta.

Pramono added that Indonesia is a promising country but it depends on the people, particularly those who have the leadership baton.

Whoever the leader is, he/she should not look back, because the problems of this nation are not happened in the past, but in the future, he said.

When it is in the collective consciousness, we believe that our country can leap pass the expectation, Pramono stated.

The Cabinet Secretary asserted that for carrying on massive development there are complex problems, and we cannot please everyone, because haters will always hate.

However, one thing for sure that the Indonesian Ambassadors to friendly countries as the representatives of the President as the head of state and government must contribute to the development.

Also on that occasion, Pramono said that Indonesia will bid to be a non-permanent member of the United Nations Security Council (UNSC) from 2019 to 2020. Pramono also asked for the support from the Ambassadors to lobby the government of the country where they are posted to support Indonesias candidacy. The Government needs your support and lobby to your posting countries so that Indonesia can be a member of UNSC, Pramono told the newly inaugurated Ambassadors.