Annual Tax Returns Submission Increases by 34% as of 9 March 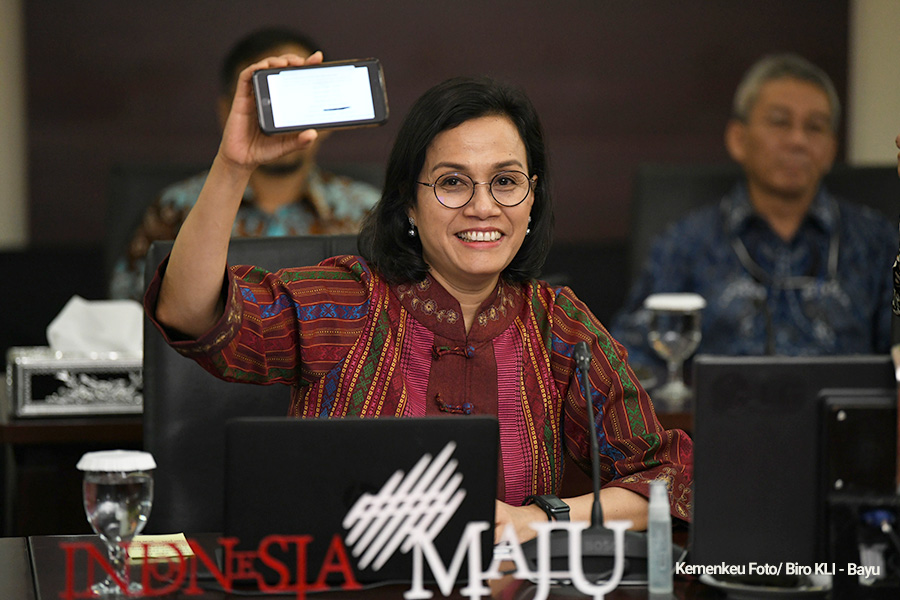 Minister of Finance Sri Mulyani Indrawati after filling her annual tax return (SPT) of 2019, at the Headquarters of Directorate General of Taxation, Jakarta, Tuesday (10/3). (Photo by: Ministry of Finance)

Minister of Finance Sri Mulyani Indrawati announced that there is an increase of 34 percent in the number of taxpayers who had filed their annual tax returns (SPT) of 2019 as of 9 March 2020.

“This year, there is an improvement in taxpayers’ compliance. The public has understood that paying tax is a responsibility to develop the country,” Sri said before the media on Tuesday (10/3), after along with the Ministry of Finance’s high-ranking officials reporting their SPTs at the Headquarters of Directorate General of Taxation, Jakarta, Tuesday (10/3).

The Ministry recorded that 6.27 million SPTs were submitted to the tax office, 34.2 percent of which were submitted through an electronic filing feature developed by the Directorate General of Taxation. There is also a 5 percent decrease in the number of taxpayers who filed their SPT manually, indicating an improvement of e-filling system created by the Directorate General of Taxation.

“I thank the 6.2 million taxpayers who have submitted their SPTs. I hope others can follow suit so that the number of submitted SPTs can continue to increase by the end of March,” she said.

In the meantime, Director General of Taxation Suryo Utomo delivered various preparations and strategies implemented by the tax office including the establishment of Task Force Team of Annual Tax Returns for 2020 which covers the fields of information technology, regulation, compliance, business process, dissemination, services, and public relation. In addition, to anticipate the peak of SPT submission in March 2020, e-filling servers will be doubled to 20 servers; bandwidth capacity will also be tripled.

“I am really grateful for 7,740 volunteers who have helped the public in filling in the SPT. They have good sense of nationalism. I am really proud and thankful for them,” Minister of Finance added.

Also on that occasion, the Minister also thanked the tax officers and expressed hope that they can improve their services. She also called on the public to submit the SPTs immediately since their tax will help this country to develop. (Ministry of Finance/EN)