Another Batch of 3.5 Million Doses of Moderna Vaccine Arrives in Indonesia 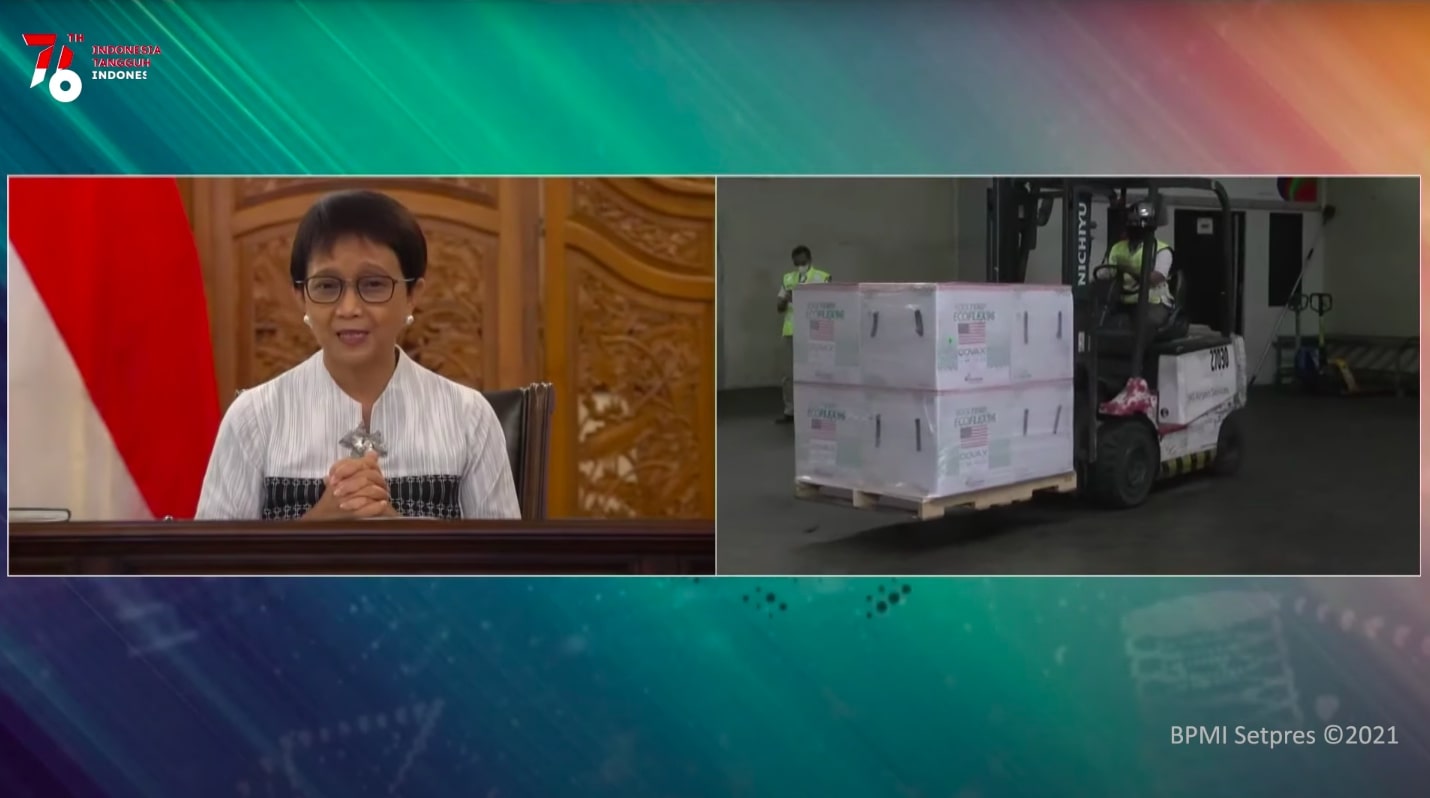 Minister of Foreign Affairs Retno L. P. Marsudi said in her press statement on the arrival of the vaccine, Sunday (01/08).

The Indonesian Government has received vaccine from the Government of the United States of America (USA) through COVAX Facility dose-sharing scheme.

Previously, Indonesia has also received 4.5 million doses of Moderna vaccine from the US that came in two batches.

“With today’s arrival, the total of Moderna vaccine supported by the partnership with the United States of America through COVAX Facility that has been received by Indonesia is 8,000,160 doses of ready-to-use vaccine,” Minister of Foreign Affairs Retno L. P. Marsudi said in her press statement on the arrival of the vaccine, Sunday (01/08).

Apart from receiving vaccine from the US, Indonesia, Retno added, will also receive vaccine support from the British Government.

“Tomorrow, on 2 August 2021, approximately at 15:40, Indonesia will also receive 620,000 AstraZeneca vaccine from bilateral dose-sharing cooperation with the Government of the United Kingdom,” she said, adding that the sequence of vaccine arrivals is a result of intensive diplomacy and the Government’s hard work to secure vaccines required to achieve the national vaccination target.

Retno also expressed appreciation of the Indonesian Government for the support given by the two friendly countries.

With the arrival of 3.5 million doses of Moderna vaccine today, the number of vaccines that have arrived in Indonesia based on the data from Ministry of Foreign Affairs is 178,357,880 doses.