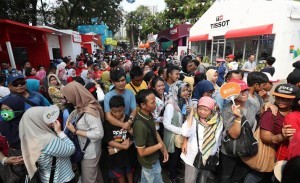 A survey done by the Central Statistics Agency (BPS) shows that the anti-corruption attitude index (IPAK) in Indonesia this year is at 3.66 on a scale of 0 to 5, lower than that in last year at 3.71.

According to Suhariyanto, the IPAK value is determined based on two dimensions: perception and experience.

In terms of education, according to Suhariyanto, higher education makes people more resistant to corruption. In 2018, the IPAK value of correspondents among junior high school graduates and below is 3.53; those with high school diplomats is 3.94; and those with education level above high school is 4.02,  he said.

According to Suhariyanto, the Anti-Corruption Attitude Survey (SPAK) has been carried out every year since 2012 until now, with the exception in 2016. The SPAK survey in 2018 is done in a national level survey in 34 provinces with a total sample of 9,919 households.

He further said that the survey aims to measure the level of public permissiveness towards anti-corruption behavior by using the Anti-Corruption Attitude Index (IPAK). He added that this survey only measures the attitude of public in petty corruption and does not include grand corruption.

The data collected in the survey includes opinions on public habits and experience in dealing with public services in terms of bribery, extortion and nepotism. (STU/GWH/EP/Naster)