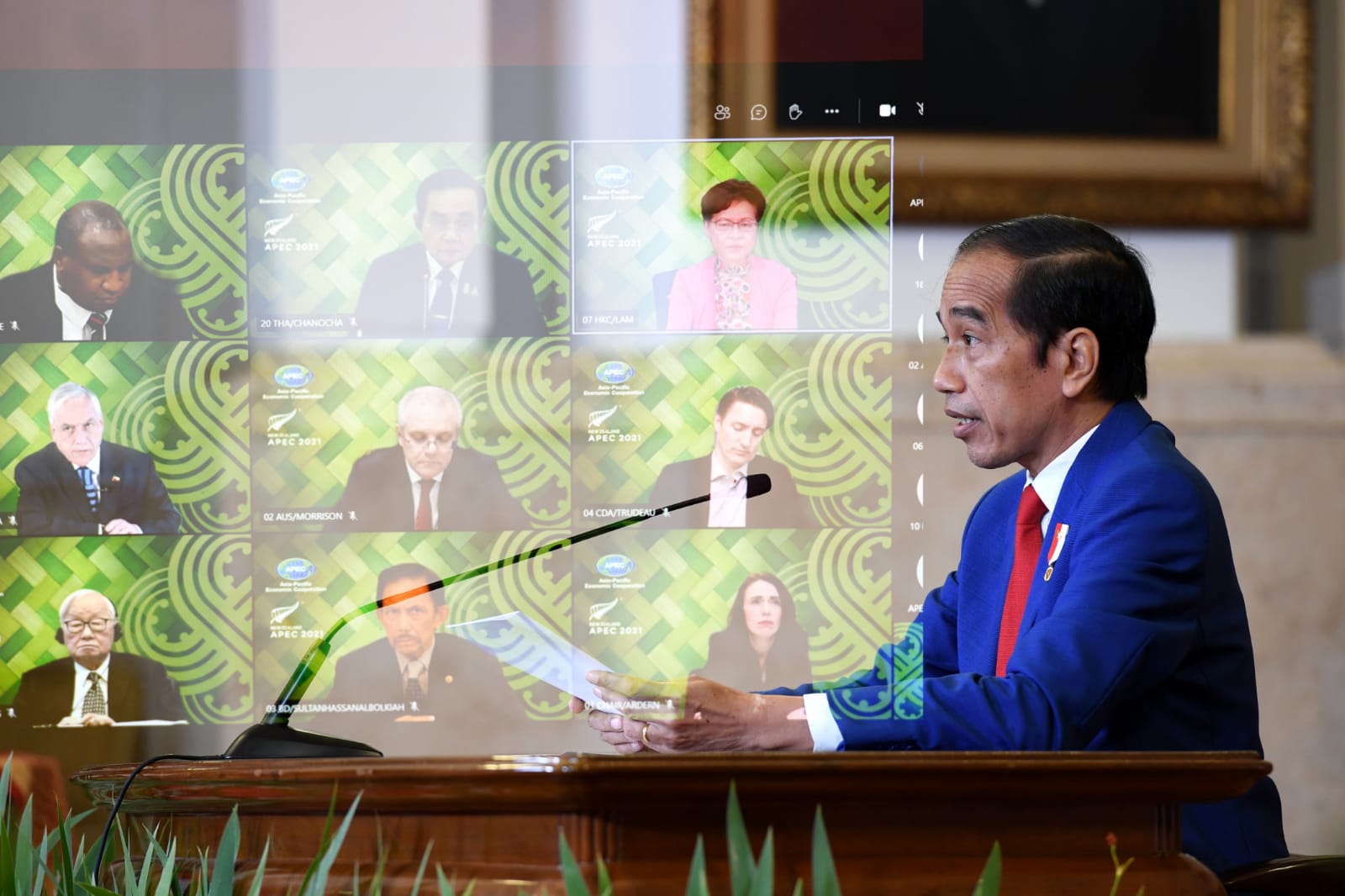 In a bid to accelerate the fight against the COVID-19 pandemic and recover the economy, President Joko “Jokowi” Widodo has called for the importance of global solidarity and cooperation among countries.

The statement was made by the President during the Informal Leaders’ Retreat of Asia Pacific Economic Cooperation (APEC) virtually, Friday (16/7).

President Jokowi also highlighted the importance of the nation leaders to ensure global vaccination, including narrowing the vaccination gap which is still wide. The gap, the President continued, is evidenced by jab vaccination data with ASEAN and Africa region only reaching 17.63 and 4.3 percent of the population while North America and Europe reaching 77.73 percent and 76.81 percent of the total population.

“In this regard, President Jokowi expressed hope that the APEC can contribute to narrowing down the global vaccination gap, including through (vaccine) dose sharing through the COVAX Facility,” Minister of Foreign Affairs Retno said in her statement after accompanying the President in the meeting.

According to Retno, the President asserted that epidemiological considerations must always be the main basis, not the political one, including in the vaccination issue. The President also urged that the APEC encourage increased global vaccine production, she added.

“There are several strategies that must be carried out, namely diversifying vaccine production to developing countries, eliminating trade barriers on vaccine raw materials, supporting the Trade-Related Aspects of Intellectual Property Rights (TRIPS) waiver to overcome the pandemic, and transferring the latest vaccine technology,” the Minister said.

President Jokowi also emphasized that economic recovery is impossible to realize if the pandemic is not over yet. Therefore, health recovery must come first. “Only with solidarity and cooperation will the world be able to overcome the pandemic and rise up together,” Retno said quoting the President’s remarks.

For the record, the Indonesian Government has decided measures to tackle the pandemic including the implementation of Emergency Public Activity Restrictions (PPKM Darurat) in the islands of Java and Bali, as well as cities seeing a spike in COVID-19 cases. In addition, the Government also made efforts to strengthen health services, including building emergency hospitals, providing more oxygen and medicines to meet the national needs, and accelerating national vaccinations.

According to the Minister, President Jokowi said that currently more than 55 million doses of vaccine have been injected in Indonesia and the Government plans to double the effort. Furthermore, Indonesia has received 142,973,880 doses of vaccine both in bulk and finished vaccines. (TGH/BPMI SETPRES/UN) (GWH/MUR)