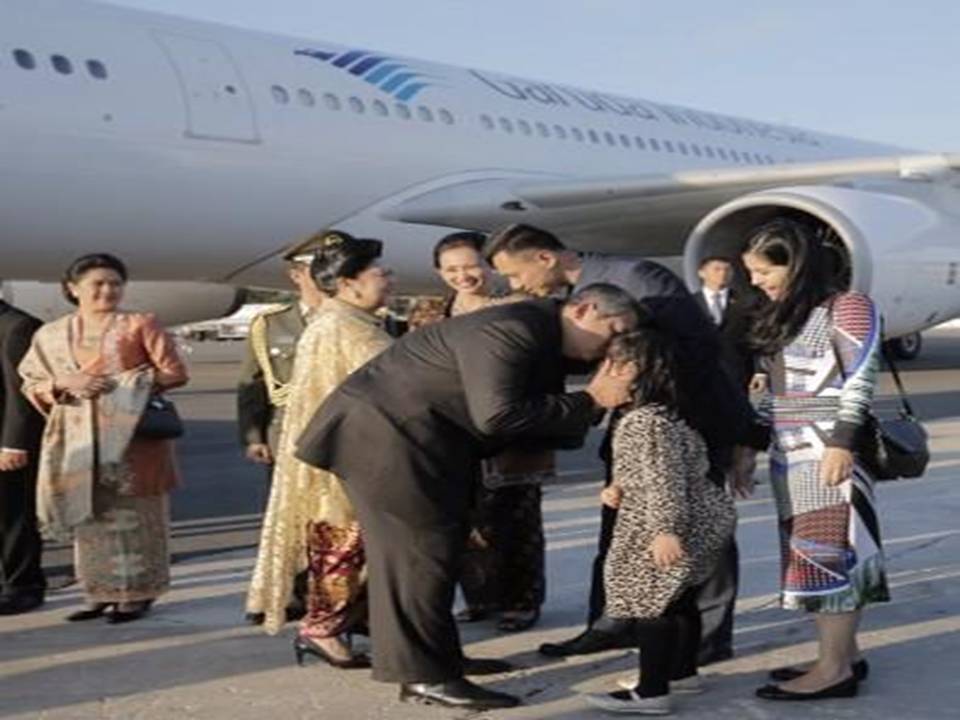 Earlier, President and his entourage took off from the Figo Maduro Military Airbase, Lisbon on Saturday afternoon at 3 p.m. Lisbon Time.

The arrival of President and the entourage of the Head of Permanent Representatives in New York were welcomed by RIs ambassador for UN, Desra Percaya, and a number of other officials.

In this general assembly, President RI will deliver a speech in the general debate session on that assembly.

For the last agenda (OGP-HLE), Indonesia has been the chairman of OGP together with Mexico, with two civil societies such as Twaweze, and Revenue Watch Institute.

President RI is also invited to deliver his speech in front of US Military Academy Cadets in Westpoint, and also in the Forum of Global Green Growth Institute.

During in New York, President RI is scheduled to have a bilateral meeting with President Mexico.

After New York, President SBY, the First Lady and delegates will continue their visit to Washington DC. In that opportunity, President will inaugurate the Indonesian Muslim Association in America (IMAAM) Center that will be the place to for Muslim Citizens to in Washington DC to be gathered and pray.

IMAAM is the a non-profit religious organization established by a group of Indonesian Muslim diasporas in Washington DC in1993. In addition, the other main agenda will be the public lecture in the George Washington University.

President Yudhoyono will also meet and have dialogues with USAs Muslim figures in order to discuss about the latest progress of Islamic World including the instability in the Middle East Territory.

The other agenda will the inauguration of Saraswati Statue in the Indonesian Embassy at Washington DC and to receive the award from The United States-Indonesia Society (USINDO). President RI will also give a public lecture in George Washington University.

The visit to New York, USA has a more global focus. President SBY will deliver his speech on the 69th Session of UNs General Assembly regarding the Indonesias view of some recent global tendency, Presidential Special Staff Teuku Faizasyah said.

In his statement, he said that the attendance of President Yudhoyono in some forums of other multilateral discussions during in New York, will also be used to fight the Indonesian strategic agendas, whether the issue of governance or the sustainable development. (Shall)