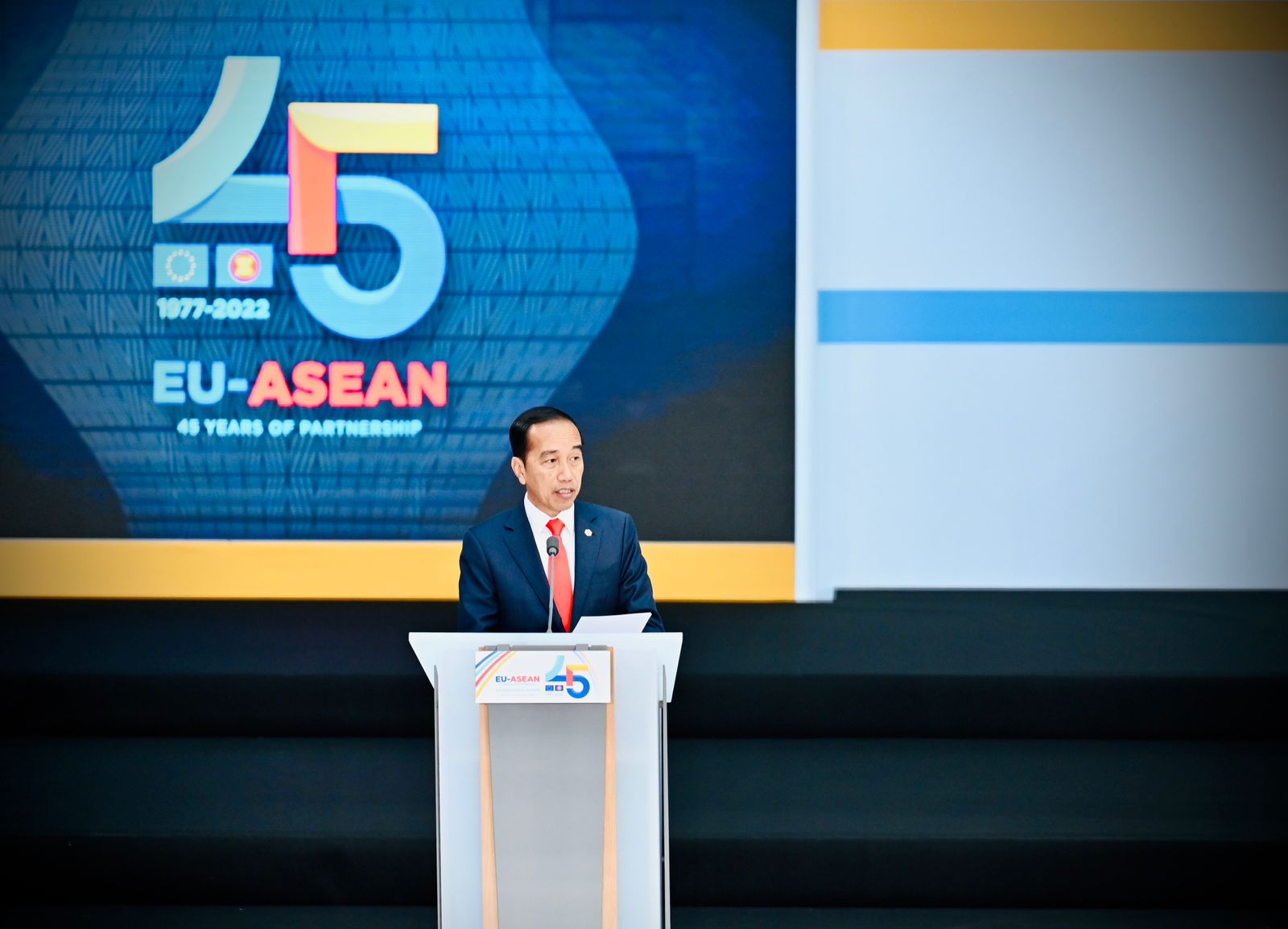 First, President Jokowi stressed that ASEAN-EU partnership must contribute to an inclusive economic recovery. Due to the threat of recession, President Jokowi promoted policies that ease trade and investment. In this relations, the Head of State conveyed his opinion on the proposal of European Union Deforestation Regulation that could possibly create hindrances.

“Indonesia wants to emphasize that an inclusive and value-added development will support global economic sustainability in a just manner. Related to this, Indonesia will continue to establish downstream industry,” the President stated.

Furthermore, President Jokowi said that only by downstreaming, Indonesia can take a leap of welfare and boost a more inclusive development.

Second, President Jokowi encouraged ASEAN-EU partnership to build a greener and sustainable future. Energy crisis is inevitable but energy transition must be done in a just manner.

“I appreciate the support given by the European Union to Bali Energy Transition Roadmap resulted from the the G20 Summit held in the previous month. ASEAN-EU partnership should mobilize financing and environmentally friendly technology transfer and strengthen the ecosystem of new renewable energy development,” he went on.

President Jokowi encouraged ASEAN-EU partnership to cooperate for the future of ASEAN, European Union, and the world that are more prosperous and sustainable.

“A cooperation that is based on the principle of mutual equality, respect, and benefit,” he remarked.

During the Summit, ASEAN and EU leaders joined together in a photo session. Accompanying President Jokowi were Coordinating Minister for Economic Affairs Airlangga Hartanto and Minister of Foreign Affairs Retno Marsudi. (Bureau of Press, Media, and Information of Presidential Secretariat/AIT) (AW/HD/MMB)