ASEAN Forum: Use of Force in Myanmar Must Come to End, President Jokowi Says 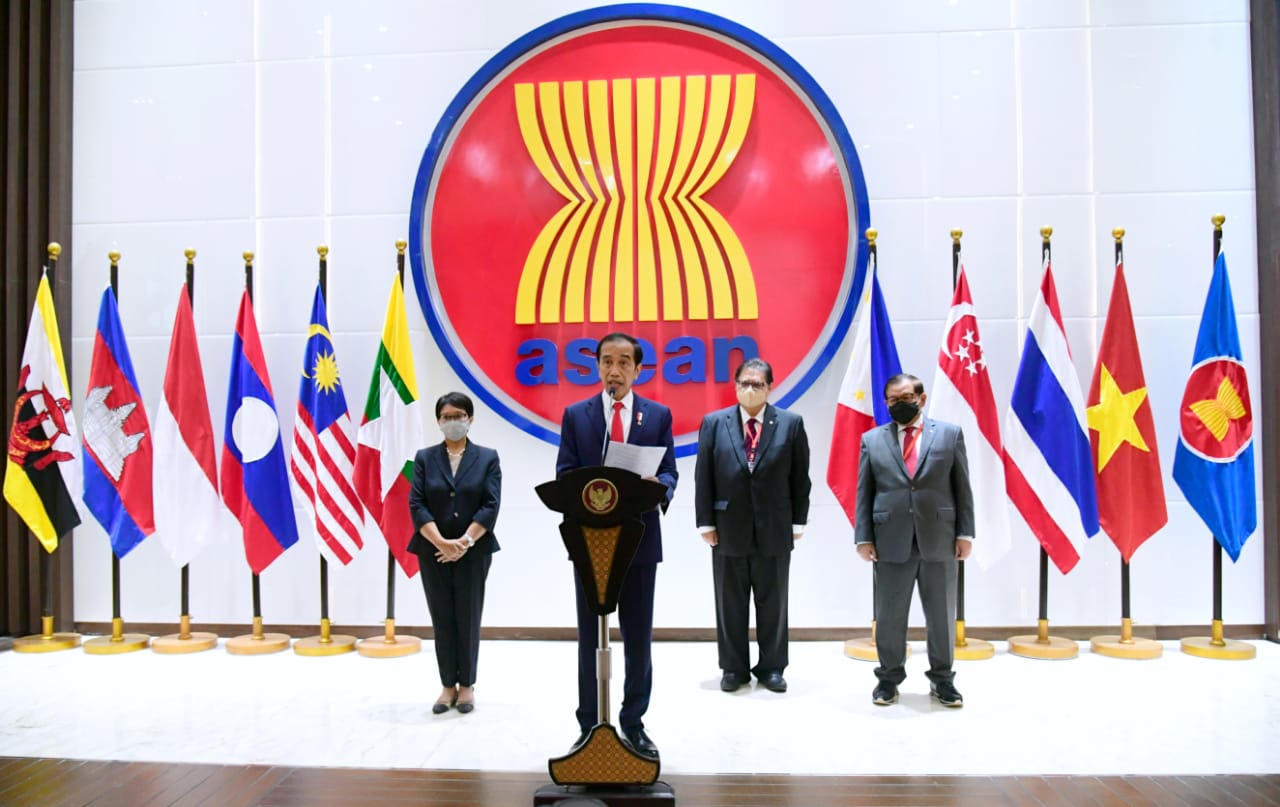 In his remarks, President Jokowi underscored that the use of force in Myanmar must come to an end and the interests of the people must always be the top priority.

“The situation in Myanmar is unacceptable and must not continue. The use of force must stop and democracy, stability, and peace in Myanmar must be restored immediately. The interests of the people of Myanmar must always be the top priority,” the President told the press after the meeting.

During the meeting that was also attended by Military Commander of Myanmar General Min Aung Hlaing, President Jokowi also stressed the importance of the country’s military commander to commit to three points.

“The first commitment is to stop the use of force by Myanmar military. In the meantime, all parties must exercise restraint so that the tension can be eased,” the President said.

The President also called for a commitment to commence an inclusive dialogue.

“Political prisoners must be released immediately and the ASEAN Special Envoy, namely the Secretary General and Chair of the ASEAN, must be appointed to push for a dialogue with all parties in Myanmar,” he stressed.

As for the final commitment, the President asked Military Commander of Myanmar to open access to humanitarian aids from the ASEAN.

“The third commitment is the opening of access to humanitarian aids from the ASEAN, coordinated by the Secretary General of the ASEAN along with the AHA Center (the ASEAN Coordinating Center for Humanitarian Assistance on disaster management),” he said, adding that Indonesia will continue to oversee the follow-up to the three commitments asked.

“Indonesia is committed to overseeing the follow-up of the commitments so the political crisis in Myanmar can be resolved immediately,” he stated.

The President further said that Indonesia’s perspective is in line with the perspective of other ASEAN leaders and the agreement made during the meeting is conveyed in a consensus consisting of five points.

According to the President, the ASEAN Leaders’ Meeting was the initiative of Indonesia that has continued to work hard with Brunei Darussalam as Chair of the ASEAN to arrange this meeting.