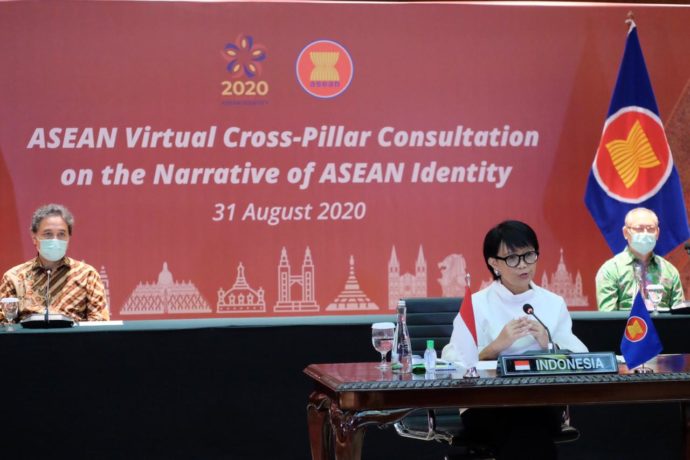 The Narrative of ASEAN Identity (NAI) document is very important for the ASEAN Community because it serves as “a self-reminder of who we are, where we come from, and where we are heading, both as an organization and a community,” Minister of Foreign Affairs Retno L.P. Marsudi has said.

First, the ASEAN Identity must become the soul that binds ASEAN as it progresses forward as one community “A shared identity will develop a stronger sense of ‘we-feeling’ as a community, as we move forward and face the various opportunities and challenges in the future. To that end, the ASEAN Identity must be streamlined into the work plans of all sectoral bodies from the three ASEAN Pillars,” Retno said.

Second, the Narrative document provides ammunition to better inform the public about ASEAN. “The ASEAN awareness has a strong correlation with the ASEAN relevance. The ASEAN will be irrelevant if the people do not understand the benefits of ASEAN for them,” Retno added.

Third, the ASEAN Identity must also be echoed outside the region. “The ASEAN Identity will strengthen the ASEAN’s central and strategic role in cooperation with ASEAN external partners, including in the context of the ASEAN Outlook on the Indo-Pacific,” the Foreign Minister added.

The narrative of ASEAN Identity has gone through a consultation process at the level of the ASEAN Socio-Cultural Community Pillar, the three Pillars of ASEAN Cooperation, and Civil Society Organizations (CSOs)/ASEAN civil society. According to the plan, the document will be adopted by the ASEAN Leaders at the 37th ASEAN Summit in November 2020 in Vietnam. (Ministry of Foreign Affairs/EN)