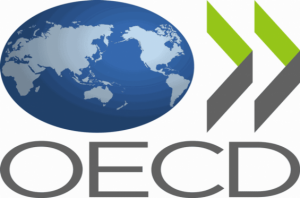 With the consideration of an agreement signed by the Government of the Republic of Indonesia and the Organization for the Economic Co-operation and Development (OECD), in St. Petersburg, Russia on September 5, 2013, President Joko Widodo (Jokowi) through the Presidential Regulations Number 146 of 2014 signed on December 1, 2014, had authorized the agreement that allows the OECD to open its representative office in Indonesia.

According to the agreement contract of Government of RI conducted by Financial Minister Chatib Basri and General Secretary of OECD Angel Gurria in St. Petersburg, Russia, on September 5, 2013, the authorization by President Jokowi is needed to facilitate the formation of the Representative Office of OECD in Indonesia, in order to support and ensure the implementation and management of effective partnership between the Government of RI with OECD.

The Representative Office of OECD should support the activities of OECD conducted in Indonesia, as written in Article II of the Presidential Regulations attachment contained the copy of manuscript between the Government of RI  OECD in Indonesian language.

In Article IV, it is written that OECDs properties and assets in Indonesia and whoever control them, have the immunity law from all forms of law proceedings, except the OECD release its immunity.

Besides, the facility of the Representative Office of OECD including office equipments, other assets and also transportation facilities used in wherever they are and by whoever that control them, are immune from search, demand, adhesion, execution, acquisition or other forms of intervention, both through administrative action, law or legislative.

It is also affirmed that the Representative Office of OECD and other places used by OECD for meetings held by OECD, cannot be disturbed and it under the exclusive observation and authorization of OECD.

Nevertheless, OECD should prevent the Representative Office of OECD and other places used by OECD for meetings to be a stronghold for people who avoid the arrest of law proceedings based on law and valid regulation.

According to the manuscript, OECD is freed from revenue tax and/or value added tax and selling tax for luxury and collective obligation for the collection of all kinds of tax on operation, transaction, and activities of OECD.

The wage and other salary paid by OECD to the OECDs employees who are not the citizen of the Republic of Indonesia for the services given to the OECD are freed from revenue tax, as written in Article VI point (3) of the manuscript.