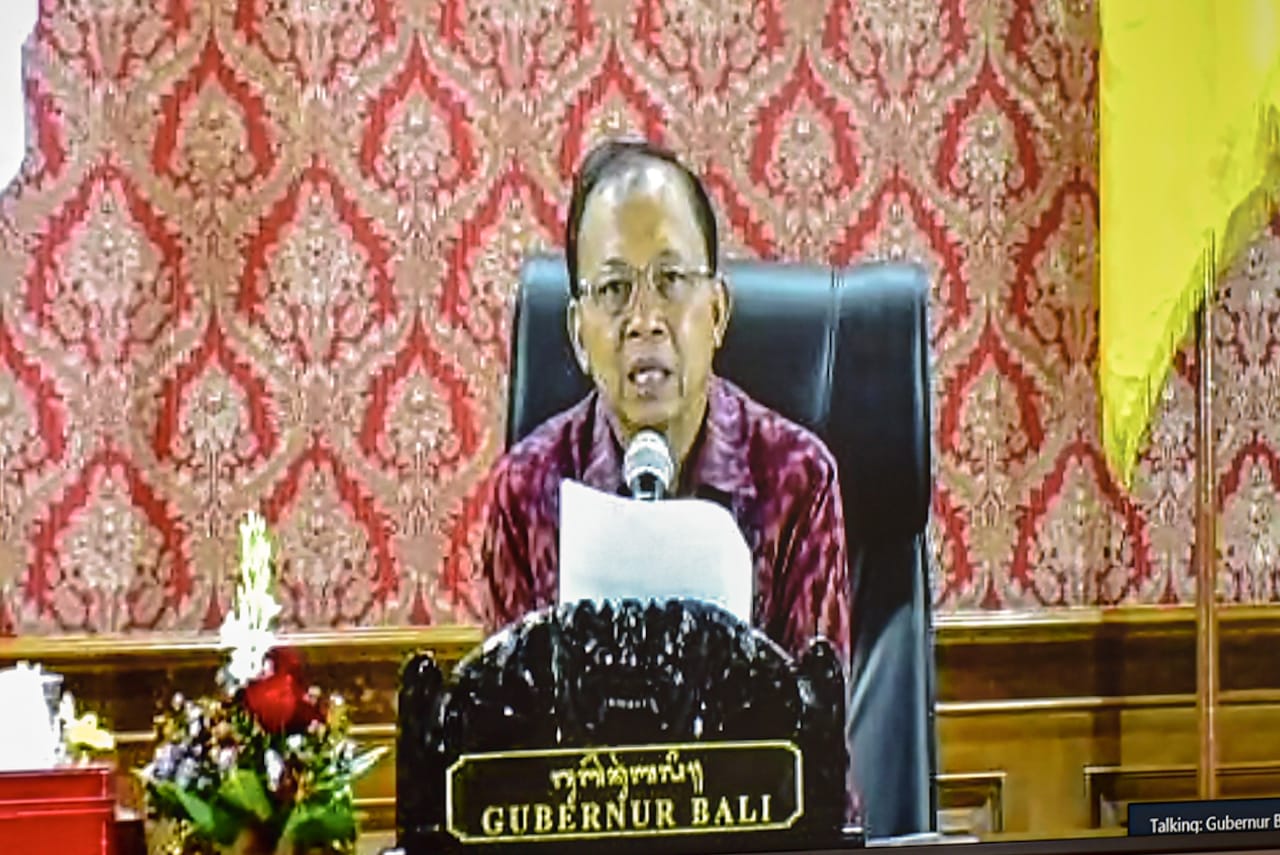 In a bid to curb the spread of COVID-19, customary villages play key roles in limiting people’s movement in Bali, Bali Governor I Wayan Koster has said.

“Since the first case appeared on 10 March, we immediately established policies, including operational policies,” the Governor said when delivering his statement, Tuesday (12/5).

First, the Provincial Government issued policies using Circular, letter of appeals, and instruction in accordance with the President’s directives.

Second, at the Regency level, they managed the coordination to carry out COVID-19 handling in regencies/municipalities in Bali.

Third, this level implemented policies in the customary villages by forming mutual cooperation task force which involves elements in the administration villages and urban villages, village supervisory non-commissioned personnel (Babinsa), public order officers (bhabinkamtibmas) as well as other elements of the community.

The Governor further stated that the residents have been very disciplined in obeying the customary law. He added that the customary villages also carried out Niskala, a traditional religious ritual carry through in a time of an outbreak.

The Governor has also prepared medical facilities in adequate quantity and quality. “First, we have prepared 13 referral hospitals with 392 beds,  complete with isolation rooms, competent medical personnel, COVID-19 handling equipment in the form of PPE, rapid tests, ventilators, masks and others which are very adequate and much assisted by Head of the COVID-19 Task Force,” he said.

He also said that he would continue to improve the quality of service by preparing PCR-based swab testing laboratories at Sanglah General Hospital, Udayana State University Hospital, and the Warmadewa University Faculty of Medicine.

“In the beginning, it was difficult for us to carry out swab tests because we had to go to Jakarta or Surabaya, it took a long time. So with these 3 laboratories now swab tests can be carried out quickly, in large numbers. And within 24 hours, the results have come out with a test capacity of 490 sample specimens,” he added.

The Governor also strived to provide good services to medical personnel by providing hotels and transportation facilities, so that they can really work optimally, in excellent conditions.

“We map that the COVID-19 confirmed patients in the Province of Bali are largely due to the presence of Indonesian migrant workers or Indonesian ship crew members from Bali who work abroad,” he said, adding that they quarantined all of them and performed examination including rapid tests in the past and today’s swab tests.

“The confirmed patients with symptoms were immediately taken to the hospital to get intensive treatments. Thus the division of tasks is clear,” he explained.

“They can return home after twice negative swab tests,” the Governor concluded. (FID/EN)