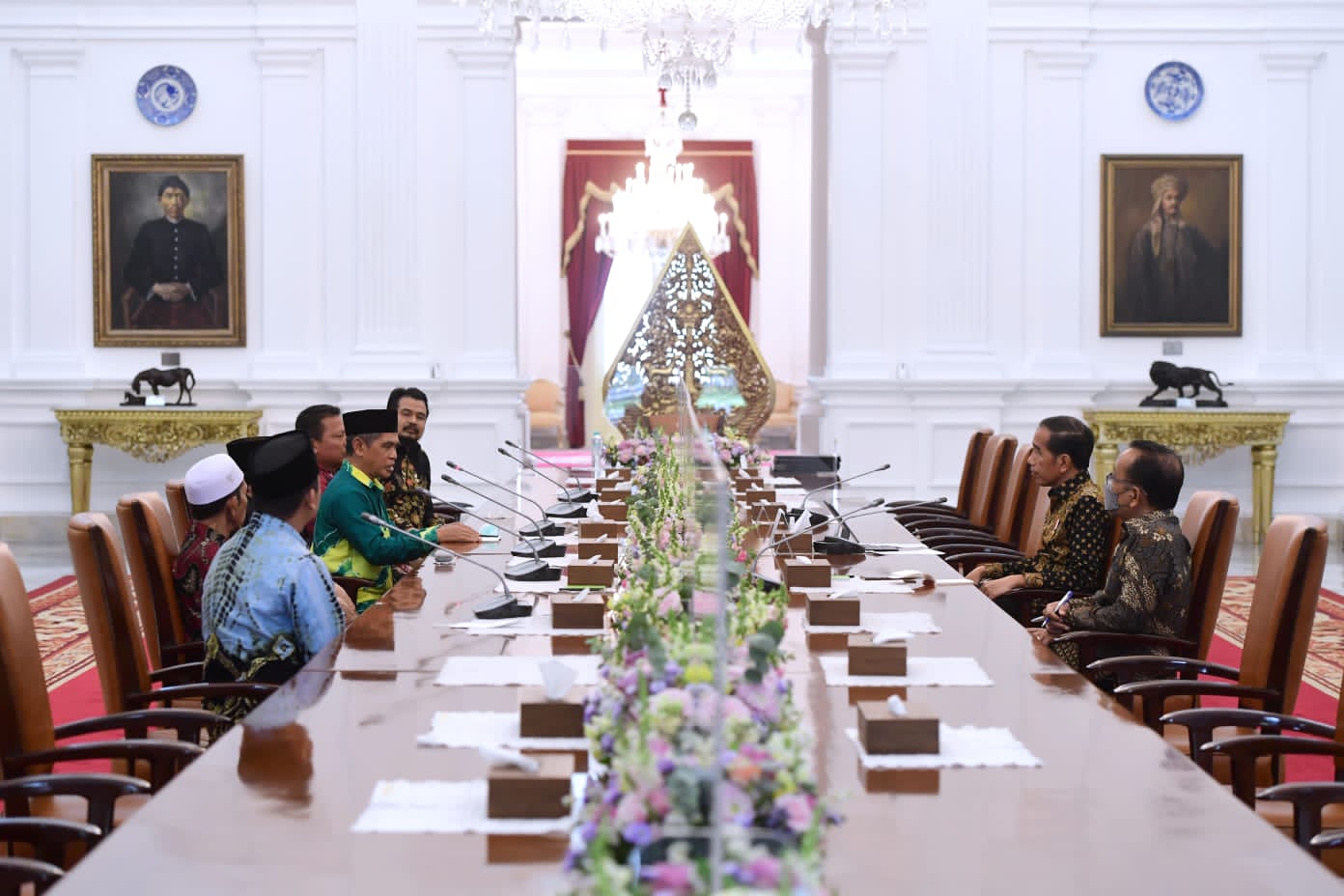 President Jokowi accompanied by Minister of State Secretary Pratikno has an audience with the Committee of Rabithah Melayu-Banjar (Organization of Banjar Malay ethnic group) Meeting at the Merdeka Palace, Jakarta, Tuesday (01/17). (Photo by: BPMI of Presidential Secretariat/Lukas)

The community expressed their support during an audience with President Joko “Jokowi” Widodo at the Merdeka Palace, Jakarta, Tuesday (01/17).

“Based on our consideration and study, we see the Nusantara Capital as a remarkable choice to create a balance in development. In general, we support the development of IKN,” Head of the Committee of Rabithah Melayu-Banjar (Organization of Banjar Malay ethnic group) Meeting Syarbani Haora said after the meeting.

In addition, Syarbani expressed hope that the Banjar Malay ethnic group living in Kalimantan will also contribute to the national development, including national events.

On that occasion, the Committee Head also invited President Jokowi to attend Rabithah Melayu-Banjar Meeting to be held in February.

Syarbani said that the President expressed his willingness to attend the meeting if there is no scheduled event. President Jokowi also appreciated the organization of the meeting and contribution of the ethnic group to the development of IKN. (BPMI of Presidential Secretariat/AIT) (RAS/MMB)