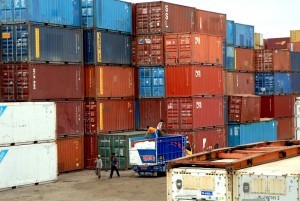 Bank Indonesia (BI) noted that Indonesias trade deficit shows a decreasing trend. It is indicated by the decifit in August 2018 which declined from US$2.01 billion in the previous month to US$1.02 billion.

The improvement is possible due to non-oil and gas trade balance surplus,  Bank Indonesia (BI) Executive Director for Communications Agusman said in his press release on Monday (17/9).

Considering the improvement, Agusman added, cumulatively, Indonesia recorded a trade deficit of US$4.09 billion from January-August 2018.

The press release also reads that non-oil and gas trade balance in August 2018 recorded a surplus of US$0.64 billion, after a deficit of US$0.78 billion in the previous month.

The improvement in the non-oil and gas trade balance was influenced by a decline of non-oil and gas import by US$1.84 billion (mtm), particularly the decline in imports of mechanical machinery and aircraft, iron and steel, vehicles and spare parts, organic chemicals, as well as plastics and products made from plastics, Agusman said.

On the other hand,  non-oil and gas export declined by US$0.43 billion (mtm), particularly the decline in exports of mineral fuels, ores, slag and dust, rubber and products made from rubber, paper / cardboard, and various chemical products.

Cumulatively, Indonesia recorded an oil and gas trade deficit of US$8.36 billion from January-August 2018 or increased from US$5.40 billion in the same period last year, Agusman said.

According to the Executive Director, the BI considered Indonesias trade deficit in August 2018 is in line with strong domestic economic activity, including production and investment activities.

The BI predicts the performance of trade balance is expected to improve in line with the consistency of the policy mixes implemented by Bank Indonesia and measures taken by the Government to encourage exports and control imports. (BI PR Department/ES) (RAS/YM/Naster)