Bank Indonesia Warns All Parties Not to Sell, Buy, or Trade Virtual Currency 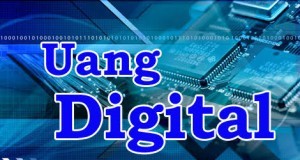 Bank Indonesia, in a release submitted by the Executive Director of the Department of Communication, Agusman, confirmed that virtual currency including bitcoin is not recognized as a valid payment instrument. As a result, it is prohibited to be used as a means of payment in Indonesia.

Furthermore, Agusman said that this is in accordance with the provisions of Law Number 7 of 2011 on the Currency which states that the currency shall be money of which issued by the Unitary State of the Republic of Indonesia.

“Any transaction that has a purpose of payment, or other obligations that must be fulfilled with money, or other financial transactions conducted in the Territory of the Unitary State of the Republic of Indonesia must use the Rupiah,” Agusman explained in the release.

Ownership of virtual currency, according to the BI Communication Department, is highly risky and loaded with speculation, given there is no authority responsible, no official administrator, no underlying assets to base the virtual currency price.

In the release, Bank Indonesia also informed that the trade value of virtual currency is highly volatile that it is vulnerable to bubble risks, and susceptible to be used as a means of money laundering and terrorism financing.

“It can impact the stability of financial system and cause financial harm to the public. Therefore, Bank Indonesia warned all parties not to sell, buy, or trade virtual currency,” Agusman said in the release.