Bappenas: Gov’t Has Planned to Relocate Capital Since 2017 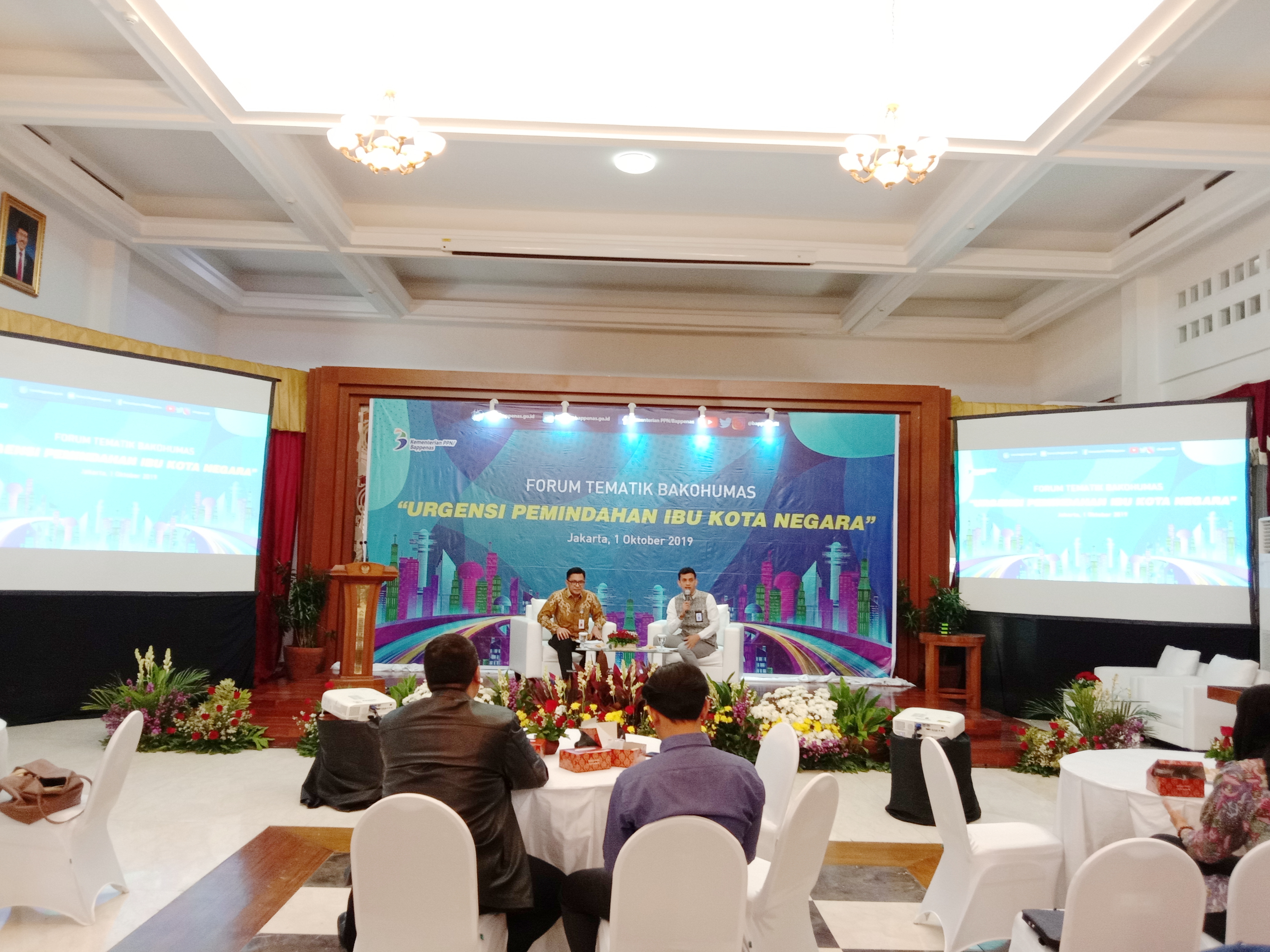 The Government’s plan to relocate the capital city from Jakarta to Kutai Kartanegara Regency and Paser Penajam Utara Regency in East Kalimantan Province has been initiated since 2017, Chairman of the Capital Communication Team (IKN) Hirmawan Hariyoga Djojokusumo has said.

“The process was quite long until President Joko “Jokowi” Widodo officially announced to relocate the capital to East Kalimantan,” said Hirmawan during his presentation at the Thematic Public Relations Coordinating Board (Bakohumas) Forum with theme “Urgency of Moving the National Capital,” in Jakarta, Tuesday (1/10).

In the initial stage, he further said, the study included the possibility to relocate capital city somewhere in Java Island.

The second alternative is to move it in the neighboring area of Jakarta, such as in Jonggol District (West Java) or Maja District (Banten Province).

“However, it is not the best solution either, considering the limited natural resources and the environment problems occur in Jakarta in particular and Java Island in general,” he explained.

There are seven criteria for determining the new location of the national capital, namely: 1. Strategic location; 2. Land availability; 3. Disaster-free area; 4. Water resources availability; 5. Close to the existing developed city; 6. Low potential for social conflict; and 7. Meet the standard of defense and security. Based on those criteria, three locations that meet the requirements are located outside Java.

“Kalimantan Island is relatively low risk and centrally located (in the middle part of Indonesia), while Sumatra Island is located in the western part “said Hirmawan while adding that the capital must also have access to sea waters.

He emphasized that the decision to move the capital to East Kalimantan Province was based on technocratic studies.

On that occasion, Hirmawan dismissed the views expressed by a number of people towards the position of the national capital.

“What the public must understand is that the Government would like to make the new capital as the administrative center,” he explained.

He also dismissed the critics saying that the Government is moving the capital because Jakarta is already having too many problems. In fact, Hirmawan said, the Government had done many things to solve them.

In the meantime, President Jokowi wishes to have an office in the new capital in 2024. “This is the duty of Ministry of Public Works and Public Housing,” he said.

The plan to relocate this capital city is in line with the vision of Indonesia 2045 which will make Indonesia a developed and high-income country.