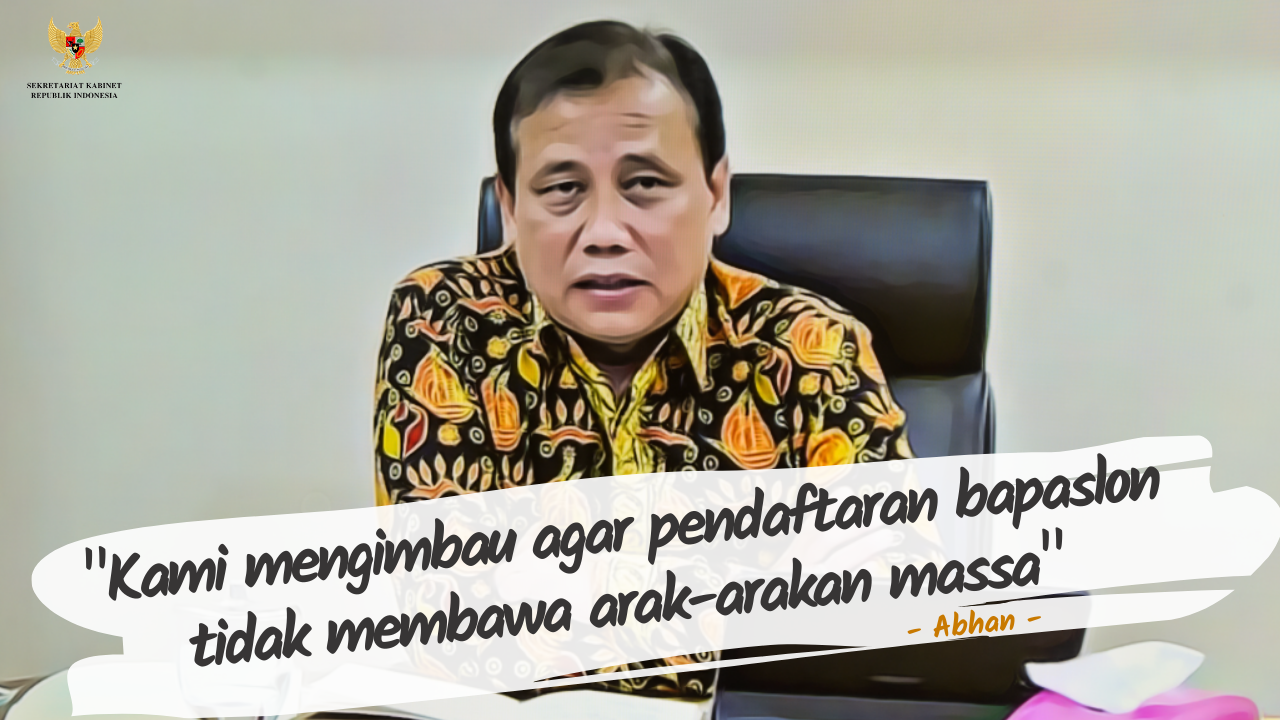 Imposition of administrative sanctions in the upcoming regional head elections will become the authority of the Elections Supervisory Agency (Bawaslu) and the General Elections Commission (KPU), Bawaslu Head Abhan said.

According to Abhan, the sanctions may be in the forms of a warning or suggestion for improvement or to stop an ongoing process.

“Sanctions which are purely administrative in nature fall under the authority of the Bawaslu and the KPU. The administrative sanction may be in the forms of a warning or stopping the process carried out by the candidate pairs,” he said Tuesday (8/9).

Other laws aside from Law Number 10 of 2016 may be applied once violations related to the stage of the elections occur, he added.

“The most important thing related to health protocols is preventive actions, particularly to prevent crowds,” he said, adding that if once a crowd builds up, the authority may disperse them during the election stages.

Meanwhile, Head of the KPU Arief Budiman pointed out that Law Number 10 of 2016 does not change nor cancel the campaign method and the provision is still contained in the law.

“The KPU certainly may not eliminate the campaign methods mentioned in the Law. However, the KPU regulates that all campaign methods permitted by the law must be implemented in compliance with health protocols to prevent the spread of COVID-19,” he said.

“Compliance from all parties is required. The organizers, the election participants, and the voters must also follow the health protocols so as not to spread the COVID-19,” he said. (FID/EN)