Before October 2015, Government Requires Freeport to Divest 10.64 Percent of Its Shares 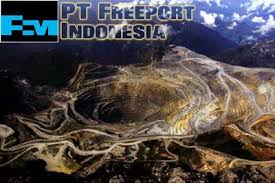 Before October 2015, Government Requires Freeport to Divest 10.64 Percent of Its Shares

Directorate General of Mineral and Coal of Ministry of ESDM  Sukhyar said that the requirement was set forth  in Government Regulation (PP) Number 77 of 2014.

In accordance with the regulation, Freeport should have divested of its shares to Indonesian shareholders by 20 percent, Sukhyar said to reporters in Jakarta on Thursday (13/11).

As said by Sukhyar, in accordance with PP 77/2104, Freeport should have divested of its shares by up to 30 percent in five years or before 14th October 2019. The requirement of divestment by 30 percent is set forth in the MOU of renegotiation of Freeports work contract, he explained.

He added that his party would make regulation of Minister of ESDM regarding divestments procedures in order to follow up the PP.

PT Freeport Indonesia calculated that according to current market value, 10 percent of its shares was worth around US$ 2 billion or almost Rp 50 trillion.

In the opportunity, Directorate General Mineral and Coal Sukhyar denied the assumption that the issuance of PP No. 77/2014 which provided ease of divestment was to give pressure to foreign company including Freeport.

He explained that in accordance with PP 77/2014, government decreased the amount of share divestment for foreign company running its business in underground and open pit mines like Freeport from 51 percent to only 30 percent.

The Government Regulation (PP) which was signed by President Susilo Bambang Yudhyono on 14th October 2014 was revision of PP Number 24 of 2012.(*/ANT/ES)