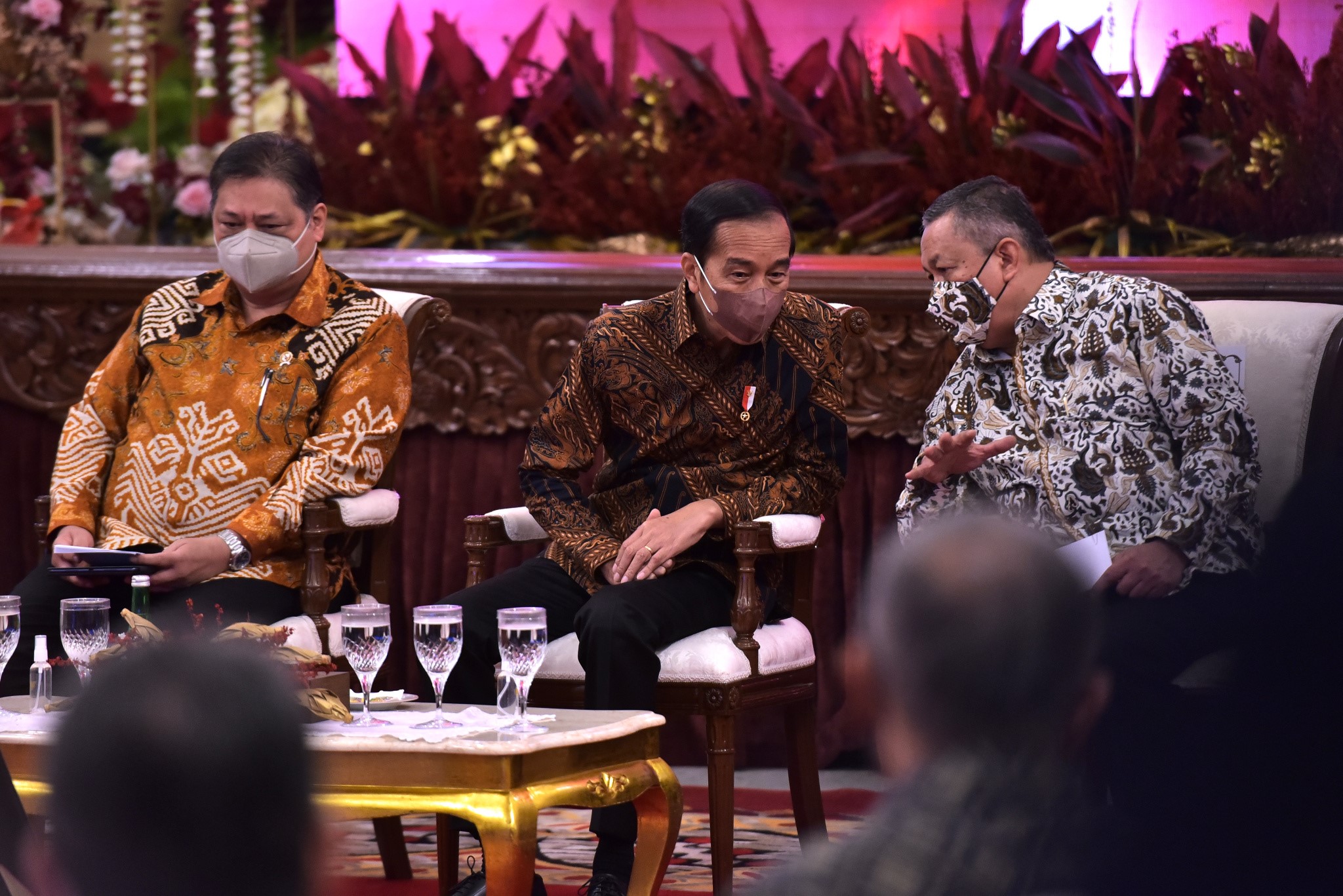 Synergy between stakeholders, including the Central Government and regional governments, is important to maintain price stability and national food security, according to Governor of central bank Bank Indonesia (BI) Perry Warjiyo.

“We must synergize in the spirit of nationalism to control inflation for economic recovery so that our economy recovers faster and grows stronger,” he said at the inauguration of the 2022 National Coordination Meeting on Inflation Control at the State Palace in Jakarta, Thursday (08/18).

Perry stated that at the meeting, President Joko “Jokowi” Widodo underscored that measures to control inflation must be taken together at both micro and macro levels.

“The President ordered to strengthen synergy and coordination between the Central Government and regional governments, to overcome the global inflation together so that public welfare and the people’s purchasing power can be maintained, economic recovery can continue, and of course we can improve and support national economic recovery,” he said.

Furthermore, the Governor pointed out three synergies that need to be made.

First, a synergy to handle food inflation. Perry stated that in July, food inflation reached 11.47 percent, whereas inflation based on Consumer Price Index was 4.94 percent, adding that BI and the Government have begun a national movement to control food inflation in various regions.

“In the national movement to control food inflation, there are operations to ensure food availability and cooperation between regions that have [food] surpluses and deficits. This way, we can control the flow of goods. As for regional budget use, emergency budgets can be set aside,” he said while expressing hope that food inflation will be under control soon.

Second, a synergy in fiscal policies. Perry pointed out that the Government has given subsidies to lessen the impacts of the global energy price surge on the people.

“Fiscal policies in the form of subsidies for energy, electricity, so the impacts of high oil prices, energy prices do not burden the people. It certainly depends on the power of fiscal policies,” he said.

One of the implemented policies is a policy to stabilize Rupiah exchange value and control liquidity.

The official website of BI can be accessed here.