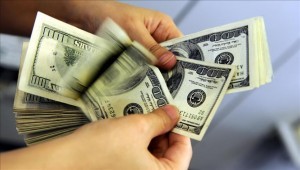 “The amount of fines imposed on individual or corporation that violates the regulation is 10% of the total amount of carried foreign banknotes, with a maximum fine is Rp300 million,” according to the press release of Bank Indonesia on Saturday (1/9).

The central bank will also impose a fine to registered agencies that carry out foreign banknotes exceeding the limit. The amount of fine is 10% of the exceeding amount with maximum fine is Rp300 million.

The amount of the fine, according to the press release, is based on the provisions of law on carrying foreign banknotes, including Government Regulation Number 99 of 2016 on Carrying Banknotes and/or Other Payment Instruments to/from Indonesian Customs Areas.

The exception of the regulation will be applied to registered agencies, namely banks, and non-bank foreign exchange providers that have obtained permit and approval from Bank Indonesia.

Therefore, Indonesian citizens and foreign citizens who need foreign exchange above the limit may use foreign telegraphic transfer. The implementation of the regulation aims to support the effectiveness of monetary policy, especially in maintaining stability of the Rupiah,” the press release states. (Direktur Departemen Komunikasi BI/ES) (RI/EP/Naster)