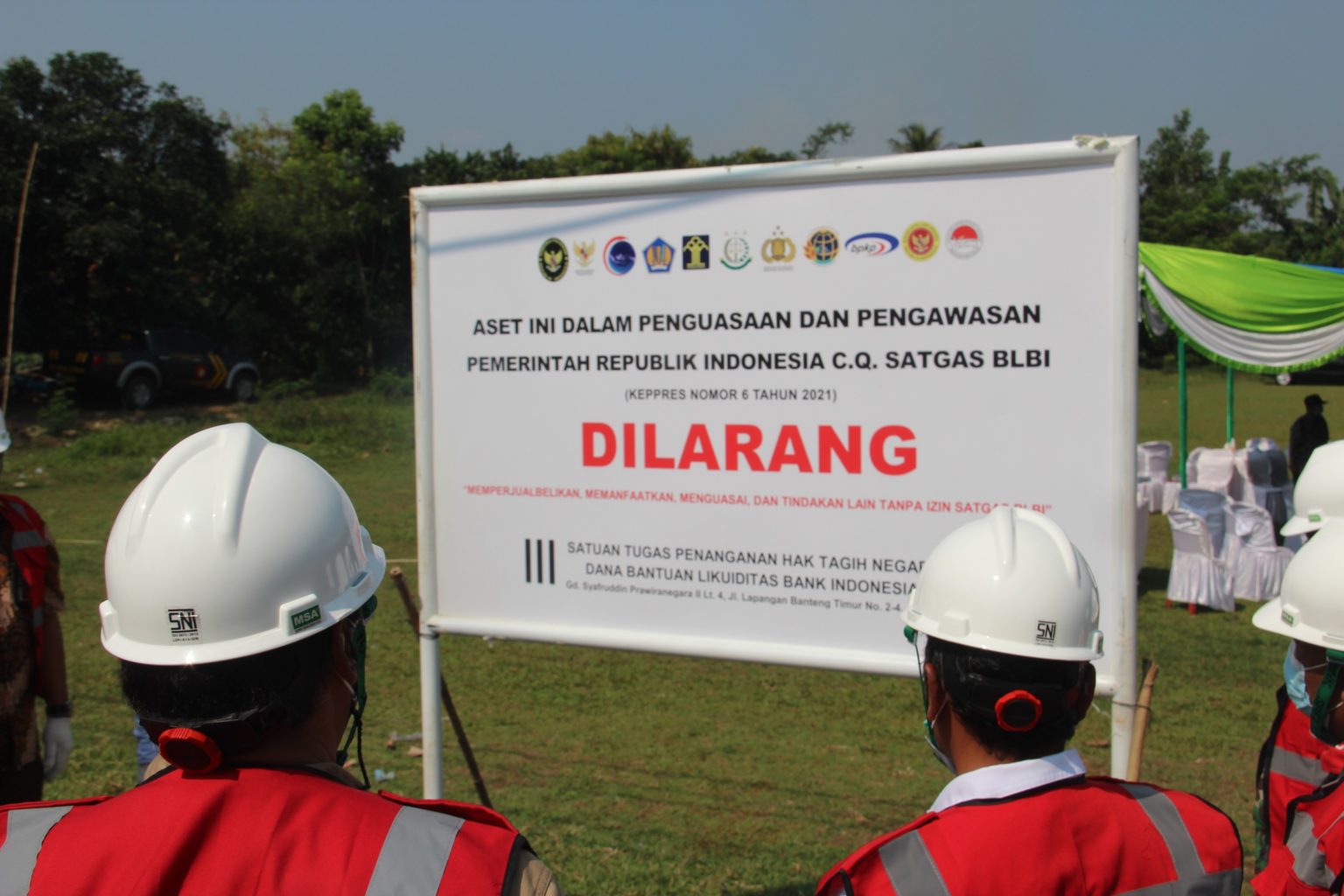 “The BLBI Task Force will continue to make efforts to ensure the return of state claims through efforts to block, confiscate, and sell the obligor/debtor’s assets which are collateral or other assets owned by the obligor/debtor who received BLBI funds and have not completed their obligations to the state,” said BLBI Task Force Chairperson Rionald Silaban in his official statement, Monday (10/10).

The two assets are other assets of the obligor Trijono Gondokusumo which were confiscated in settling the obligations of the shareholders to the state which have not yet been fulfilled amounting to Rp5,382,878,462,135.90 (five trillion three hundred eighty-two billion eight hundred seventy-eight million four hundred sixty-two thousand one hundred thirty-five rupiahs and ninety cents) including 10 percent administration fee.

The confiscation was carried out by the BLBI Task Force through the Jakarta II KPKNL Bailiff. The confiscated assets will be processed through auction and/or other settlements in accordance with the State Receivables Affairs Committee (PUPN) mechanism. (PR of Ministry of Finance/UN) (EST/EP)