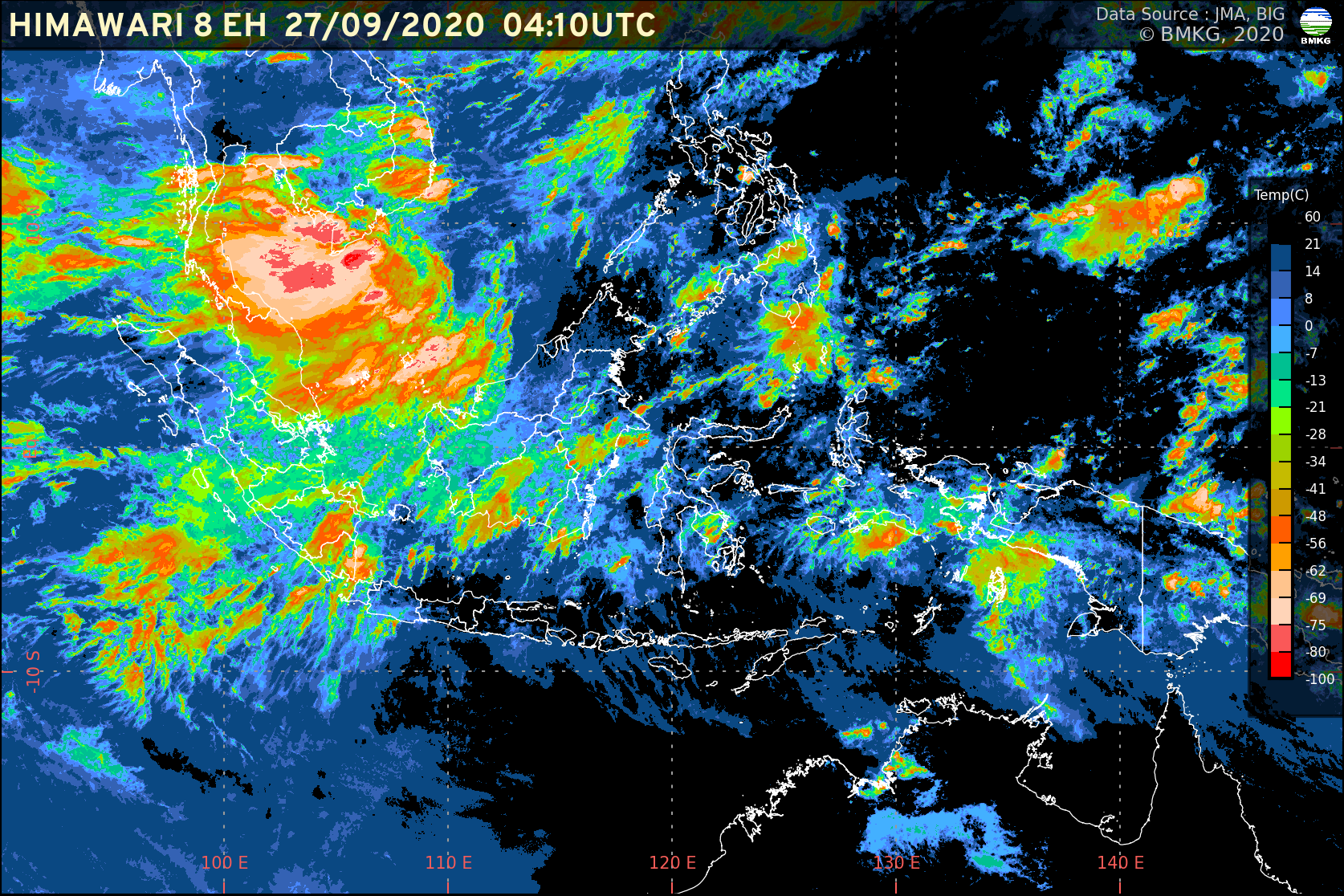 Satellite images of Indonesia as of Sunday (27/9). Photo by: the BMKG

“It will contribute to an increase in the mass of wet air which supports the formation of rain clouds in the next few days,” Deputy for Meteorology at the BMKG Guswanto said in a press release on Sunday (27/9).

The situation is reinforced by the warm temperature of sea surface in Indonesian waters, the formation of areas of deceleration and convergence that extends along the West Coast of Sumatra, the Karimata Strait, parts of Java, the Makassar Strait and the Banda Sea, and is supported by warm and humid atmospheric conditions and humidity in most parts of Indonesia.

The BMKG predicts that in the next three days, rain with moderate intensity, which can be accompanied by lightning and strong winds, has the potential to occur on 27-29 September 2020 in the following areas:

Guswanto also said that the potential concentration of moderate-heavy rain intensity is relatively high in the Bogor area, especially during the afternoon/evening, while for Jakarta area, the weather conditions are significant on 27 September during the afternoon/evening with relatively decreasing conditions for two days ahead (28-29 September 2020).

Guswanto called on the public to remain vigilant of the potential for extreme weather (tornadoes, heavy rain accompanied by lightning, freezing rain, etc.) and its impacts such as floods, landslides, flash floods, puddles, strong wind, fallen trees, and slippery roads.

“The situation is dynamic and may change at any time according to the dynamics of the atmosphere in Indonesia. The BMKG continues to monitor and provide the updated information,” Guswanto said. (BMKG/EN)