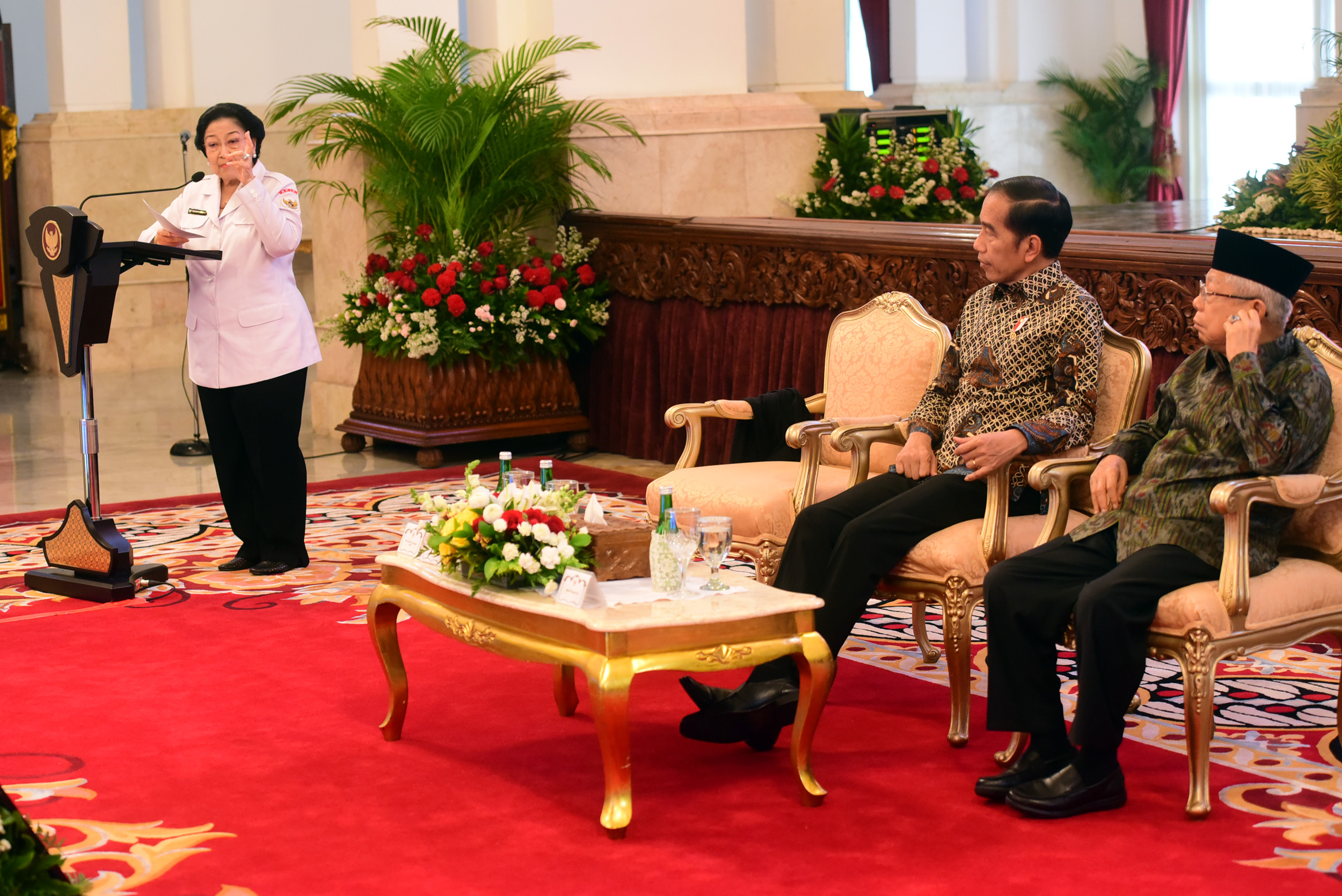 Chairperson of Steering Committee of the Agency for the Implementation of the State Ideology of Pancasila (BPIP) Megawati Soekarnoputri on her remarks at the event, Tuesday (3/12). (Photo by: Rahmat/PR).

Chairperson of Steering Committee of the Agency for the Implementation of the State Ideology of Pancasila (BPIP)—which also the fifth President of Indonesia—Megawati Soekarnoputri asked President Joko ‘Jokowi’ Widodo to find replacements for the two BPIP Steering Board members.

For the record, there are two members of the steering committee who resigned from their posts, namely Ma’ruf Amin (who is now Vice President) and Mahfud M.D (Coordinating Minister for Political, Legal, and Security Affairs).

“I have repeatedly asked him since we are still lack of members,” Megawati said on her remarks at the Presidential Lecture on Pancasila (the Five Principles, the Indonesian State Ideology) Dissemination, at the State Palace, Jakarta, Tuesday (3/12).

According to Megawati, the BPIP has difficult tasks since it has to purify the Pancasila ideology.

“When I read Indonesian history, in the BPUPKI (Indonesia’s Investigating Committee for Preparatory Works for Independence ) record it was very clear that Bung Karno’s (the first President) speech about Pancasila is the most authentic,” she said, adding that the BPIP would collaborate with the National Archives (ANRI) to obtain the speech.

“(The essence of Pancasila) is mutual cooperation,” Megawati said.

Megawati assumed that the current understanding of Pancasila was infiltrated by radicalism so that there are some people who wanted to replace Pancasila with a new ideology.

“Still, there are people who will defend Pancasila. They are amazing, aren’t they?” Megawati concluded. (FID/RAH/ES)