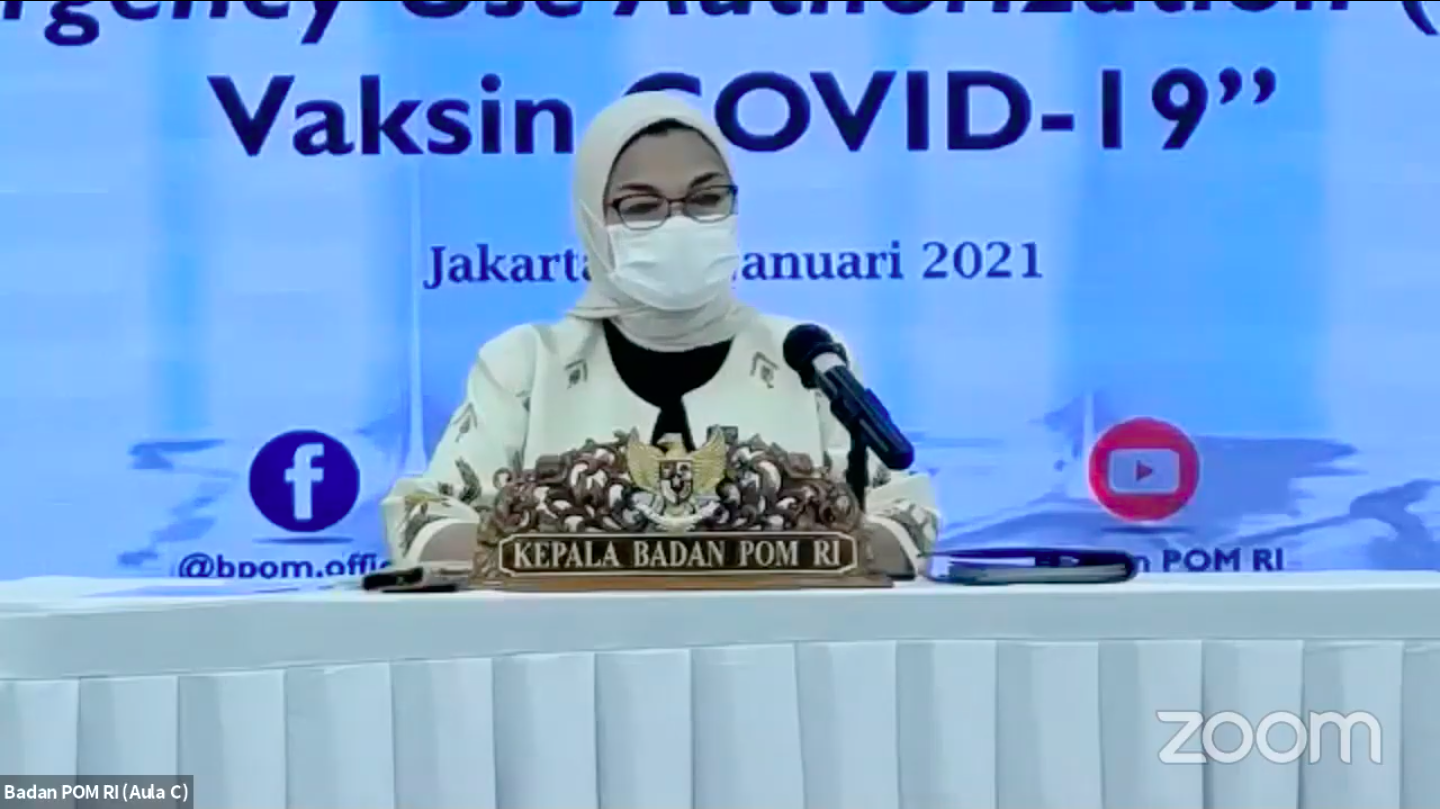 The Food and Drugs Monitoring Agency (BPOM) has officially issued the EUA (Emergency Use Authorization) for CoronaVac, a COVID-19 vaccine developed by China’s Sinovac Biotech.

“The results of clinical trials show that CoronaVac is safe with mild to moderate side effects, including local side effects such as pain, induration, redness, and swelling as well as systemic side effects such as myalgia, fatigue, and fever,” Head of the BPOM Penny Lukito stated during a press conference via BPOM RI’s YouTube channel, Monday (11/01).

These side effects, she added, are not dangerous.

Head of the BPOM said that the results of clinical trials for the safety of CoronaVac are obtained from phase three clinical studies in Indonesia, Turkey, and Brazil which were monitored for a period of 3 months after injection of the second dose.

The vaccine, she said, has shown its ability to produce an antibody that has the ability to kill or neutralize the viruses (immunogenicity), as seen from phase 1 and 2 clinical trials in China with a monitoring period of up to 6 months.

“In phase 3 clinical trial in Bandung, immunogenicity data showed good results. Up to 3 months, the number of subjects who has antibodies is still high, namely 99.23 percent,” she stated.

“The vaccine’s efficacy of 65.3 percent from the results of clinical trial in Bandung shows hope that this vaccine is able to reduce the COVID-19 contraction by 65.3 percent,” Penny said.

The decision to issue the EUA was based on comprehensive evaluation and discussion on supporting data and scientific evidence that supports the safety, efficacy, and quality aspects of vaccines.

Penny further said that the Agency always prioritizes prudence, integrity, and independence, as well as transparency in making this decision in order to protect public health.

“Let’s support the COVID-19 vaccination program, because the success of COVID-19 handling is our success as a nation,” she stated. (PR of BPOM/UN) (FI/MMB)