BPS: Unemployment Declines in Q3 of 2018 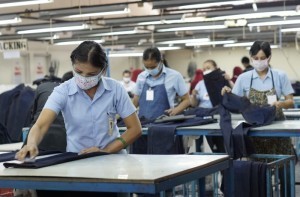 Compared to the figure a year ago, the working population has increased by 2.99 million people, while unemployment rate has declined by 40 thousand people, Head of the BPS Suhariyanto said at a press conference at Jakarta, Monday (5/11).

The structure of the working population according to field of jobs in August 2018, according to Suhariyanto, is still dominated by jobs in three sectors namely agriculture, forestry, and fisheries sector (28.79 percent), trade sector (18.61 percent), and processing industry sector (14.72 percent).

Based on employment trend from August 2017 to August 2018, the BPS recorded that the field of businesses saw an increase in the working population percentage on accommodation provider and food and beverage (0.47 percent), processing industry (0.21 percent), and transportation (0.17 percent).

At the same time, some fields reported a decline in the number of workers. They are agriculture (0.89 percent), other services (0.11 percent), and education services (0.05 percent).

There are 15.10 million workers (12.18 percent) with diploma degrees and above, Suhariyanto said, adding that 11.65 million workers are university-educated. (Humas BPS/ES)