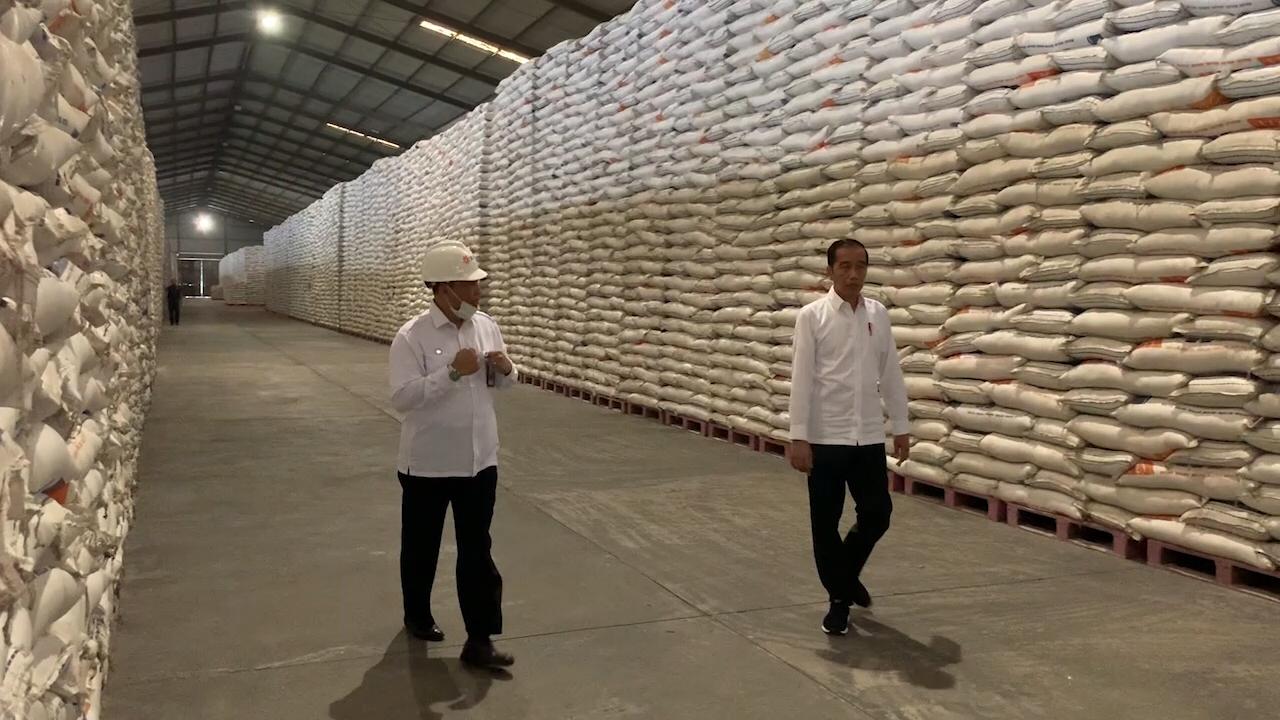 The State Logistics Agency (Bulog) has reported that it has secured one million tons of the Government’s Rice Reserve (CBP) after absorbing farmers’ unhusked rice during this year’s main harvest season.

“Directors of the Bulog for several weeks have monitored firsthand the rice fields to ensure the absorption of domestic farmers’ production. As of today, the Bulog’s rice reserve has reached one million tons”, the President Director of the Bulog Budi Waseso said in a written statement on Sunday (28/03).

Budi explained that the rice absorption carried out by the Bulog until the end of March this year is higher than those of two previous years. As of 26 March, the Bulog has absorbed more than 180,000 tons of the domestic rice across Indonesia.

Bulog’s daily absorption rate this year, he added, has reached an average of 10,000 tons per day, and will continue to increase in the next few weeks.

For the record, Ministry of Agriculture’ Integrated Team for Farmer Rice Absorption (GSGP) continues to join hands with the Bulog and other stakeholders to oversee harvest and rice absorption during the rice harvest season for the March-April 2021 period.

In the meantime, President Joko “Jokowi” Widodo on Friday (26/03) stated that the Bulog will absorb rice from the farmers and there would be no rice imports until June 2021. The President also said that Indonesia has not imported rice in the last three years.

“I am aware that we are entering the harvest season and farm-level prices of rice have not met our expectations. To that end, I urge that the debate related to rice imports be stopped since it may cause farm-level prices for unhusked rice to drop,” the President said. (PR of the Bulog/PR of Ministry of Agriculture/UN) (RI/MUR)