Bureaucratic Reforms Should Be Carried Out Thoroughly, President Jokowi Says 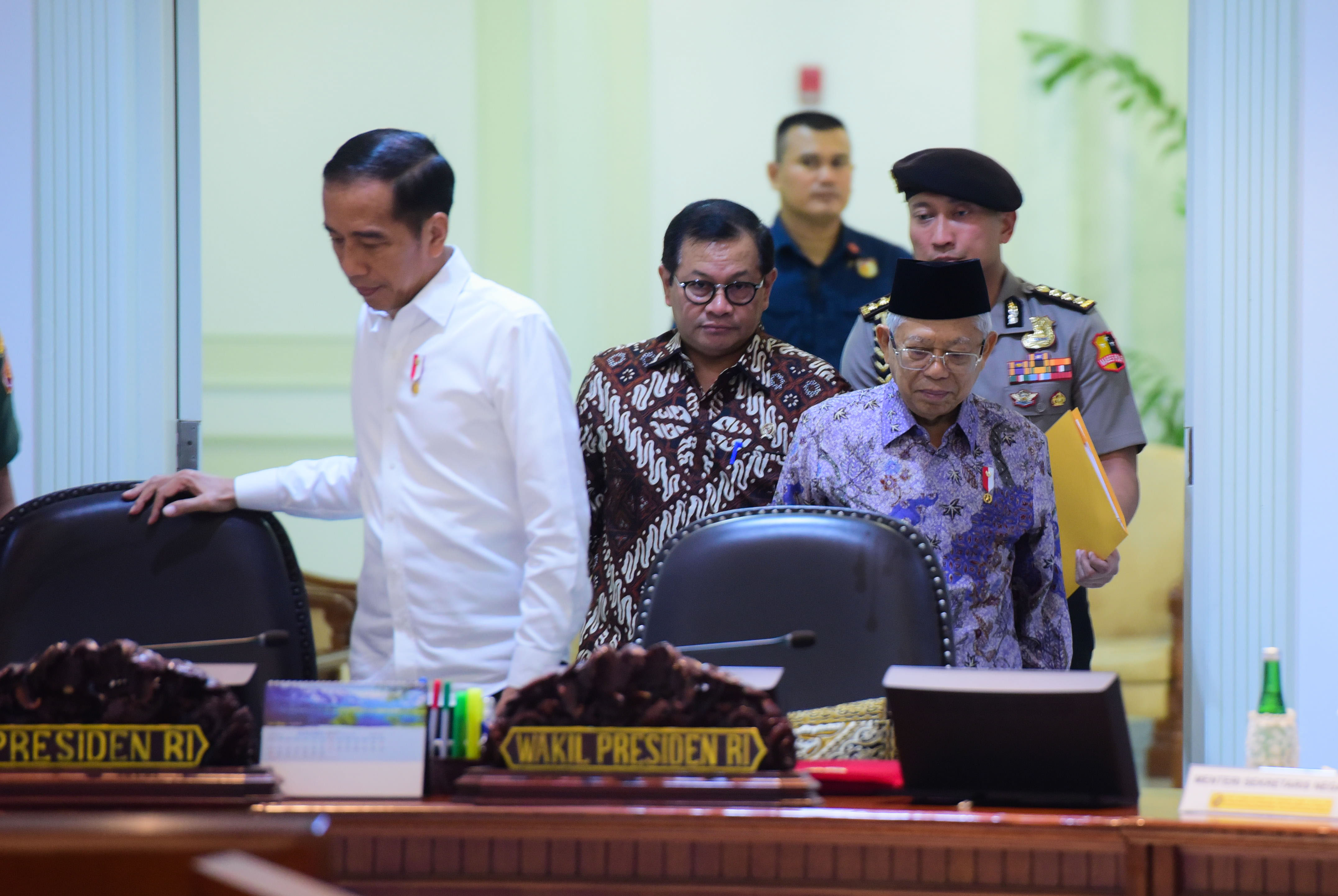 President Jokowi accompanied by Vice President and Cabinet Secretary before commencing a Limited Meeting, at the Presidential Office, Jakarta, Monday (11/11). (Photo by: Rahmat/PR)

Bureaucratic reforms should be carried out thoroughly and in line with simplification of regulations, according to President Joko “Jokowi” Widodo.

This move, the President added, aims to accelerate the Government’s works, to change way of working from working manually to working digitally, and to change mindset (of Government apparatus) from ‘being served’ to ‘to serve’.

“I think Ministry of State Apparatus Empowerment and Bureaucratic Reforms is preparing for bureaucratic simplification by eliminating echelon 4 positions (structure level in ministries equals to supervisory position) at all ministries. Hence, we will review the study,” the President said in his introductory remarks at a limited meeting on Job Creation Program at the Presidential Palace, Jakarta, Monday (11/11).

The President also reminded his Cabinet that the Government  also needs to switch from being process-oriented to being result-oriented.

“Do not spend too much time for the process which does not produce the desired results,” he said, adding that all ministries must identify all regulatory constraints to improve regulation ecosystem that can support job creation.

“Any regulatory constraint must be cut or reported to the President for simplification,” he added.

Regarding mandates of the laws, the Government will draft an omnibus law and will be reviewed by the House of Representatives (DPR), he added.

“Governors, regents, mayors, and members of Regional House of Representatives (DPRD) must share a same view on the importance of creating jobs,” he said, adding that bureaucratic reforms must be implemented from the Central Government level to the provincial, regency, and municipality levels.

President Jokowi also called for a massive reform in human resources preparation which becomes the key for Indonesia in making leaps of progress for the country. “Improvement in vocational schools and polytechnics must be well-executed,” he said.

Pre-employment cards and its management system, the President added, must also be prepared so that the system can be integrated digitally, easy to control, and can be monitored once the program is launched in January next year.