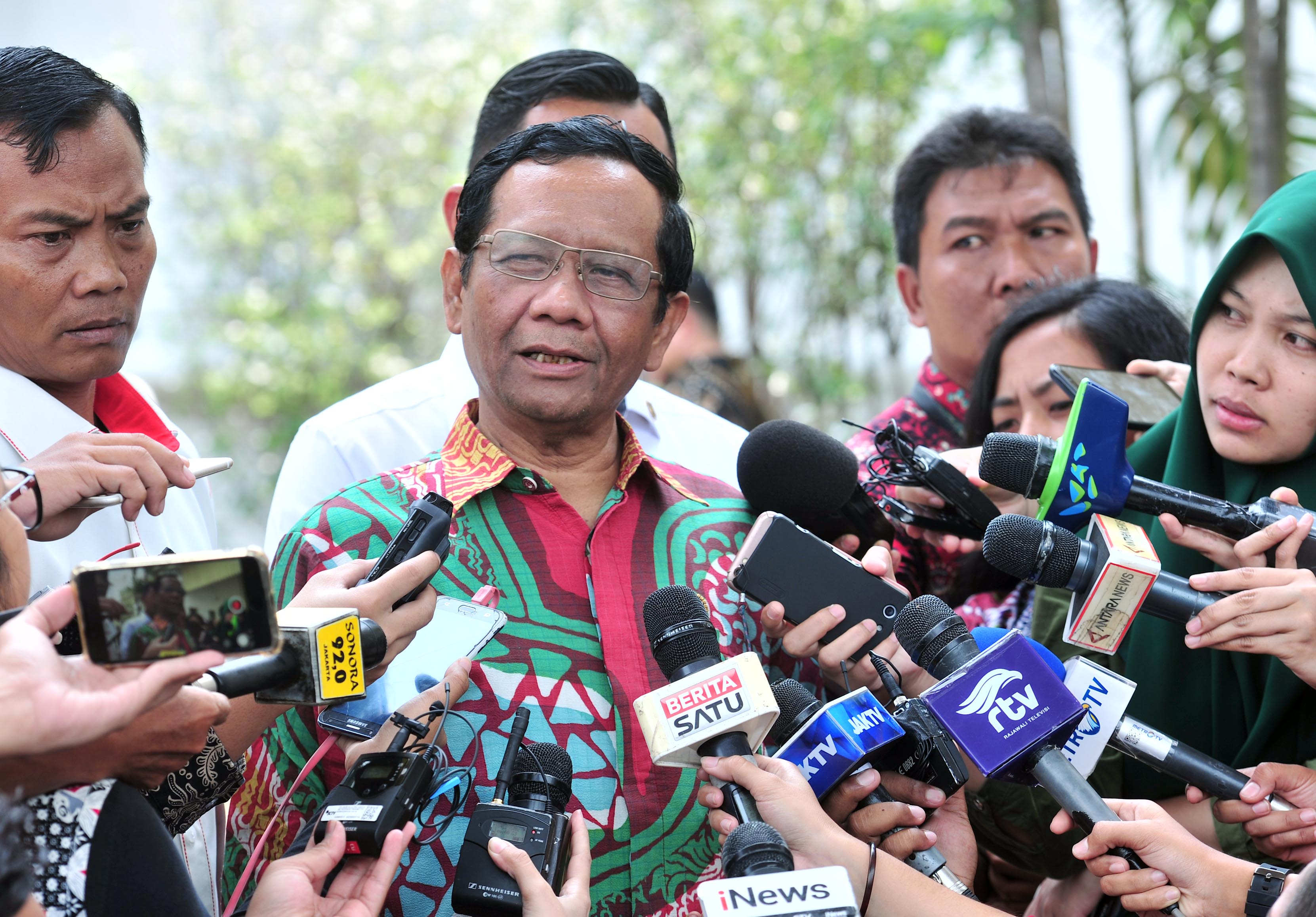 The Indonesia Onward Cabinet must prioritize teamwork rather than the work of each ministry, Coordinating Minister for Political, Legal, and Security Affairs Mahfud MD has said.

“The Coordinating Minister’s duty is to oversee the vision of the President so that it can be implemented by ministries/institutions that work under his command” Mahfud told reporters after attending the Plenary Cabinet Meeting at the Merdeka Palace, Jakarta, Thursday (24/10).

Citing President Joko ‘Jokowi’ Widodo’s words during the Meeting, Mahfud said that a Coordinating Minister can “veto” ministerial policies or regulations that are considered in conflict with  the policies of other ministers.

“Especially when it goes against the President’s policy,” he added.

Furthermore, Mahfud said that he had spoken with Minister of Home Affairs Tito Karnavian, Minister of Defense Prabowo Subianto, and Minister of Law and Human Rights Yasonna Laoly to strengthen coordination between his ministries.

On the Coordinating Ministers’ obligation to report to the President when vetoing a ministerial policy, Mahfud said that it should be reported it if it was clearly in conflict with another ministerial regulation.

“President Jokowi said to his ministers that they are free to call him anytime,” the Minister added. (HIM/JAY/ES)