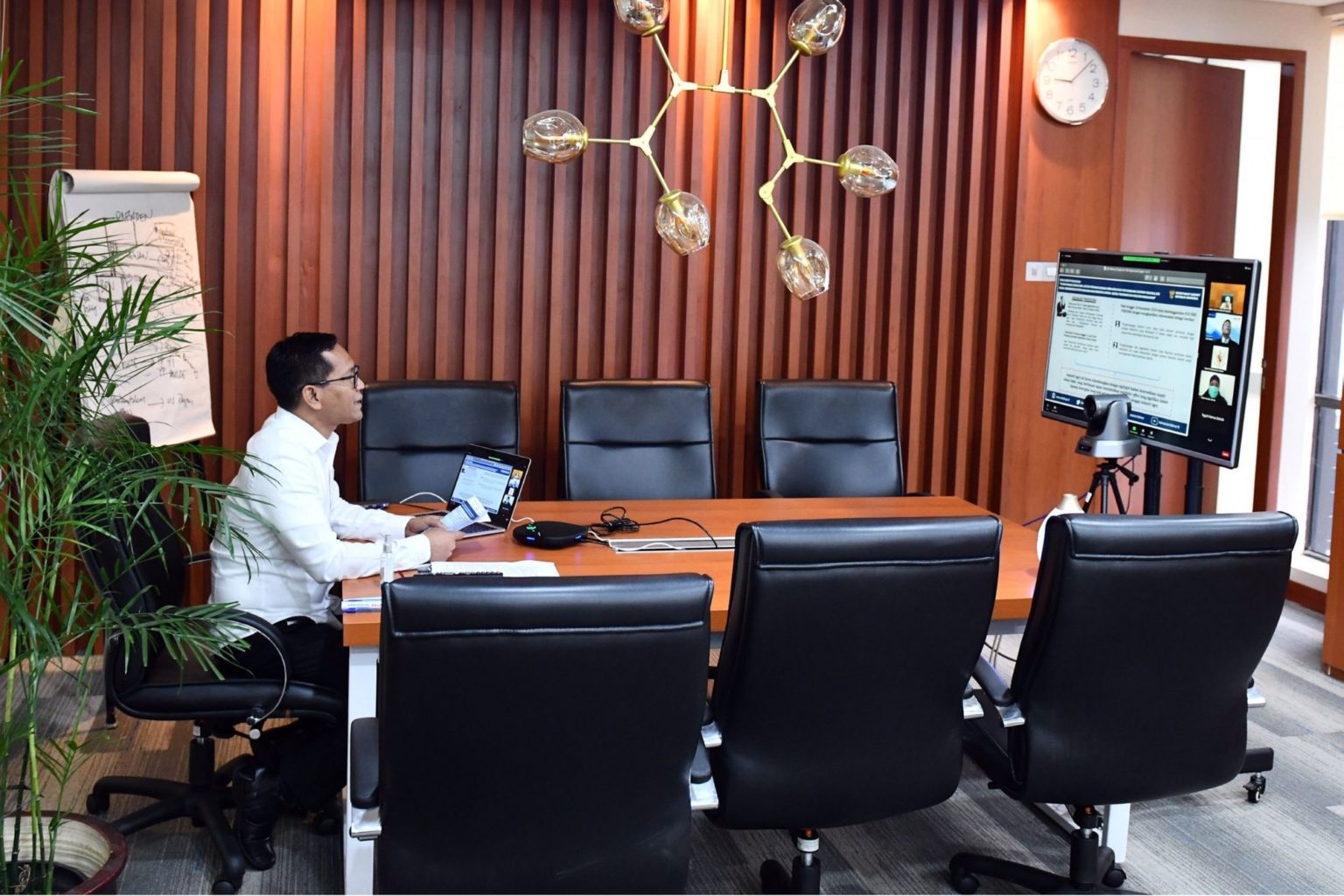 Deputy Cabinet Secretary for Economic Affairs Satya Bhakti Parikesit during a virtual FGD held under the theme “Structural Transformation in Agricultural Sector as an Effort to Speed up National Economic Growth, Second Series”, Monday (29/3). (Photo by: PR of Cabinet Secretariat/Rahmat)

Cabinet Secretariat on Monday (29/3) held a virtual Focus Group Discussion (FGD) under the theme “Structural Transformation in Agricultural Sector as an Effort to Speed up National Economic Growth, Second Series”.

Deputy Cabinet Secretary for Economic Affairs Satya Bhakti Parikesit said in his remarks that the FGD with the theme “Creating the Linkage and Synergy between Agricultural Sector and Manufacturing Industry” was a continuation of the first series of the FGD held November last year.

The Deputy highlighted two recommendations from the previous FGD, namely related to industrial development that needs to focus on the agricultural industry with abundant domestic feedstock availability and high comparative advantage among regions, and related to the systematic and massive development and regeneration of agricultural human resources that will be adjusted to the regional economic potential to boost regional entrepreneurship.

According to him, the second series of FGD aimed to seek more detailed input from recommendations related to the structural transformation in agricultural sector, particularly the linkage between the agricultural sector and the manufacturing sector.

“The policies and programs in the agricultural development must be implemented from upstream to downstream to provide a greater contribution for economic development and community welfare,” he said, quoting the President’s directive at the Opening of the 2020 Second Asian Agriculture and Food Forum (ASAAF), on March last year.

Bhakti went on to say that the President delivered his directive during a Limited Meeting on Anticipation of the Needs of Basic Necessities in April last year.

“The President has ordered the ministers to carry out policy reforms in the food and agricultural sectors as an effort to meet the basic necessities of the people,” Bhakti said.

Based on the President’s directives, Bhakti explained that his party has identified no linkage yet between the availability of agricultural raw materials and the agro-industry that absorbs these raw materials, which involves the agricultural sector, the industrial sector, and the Government as the regulator.

First, in the agricultural sector, the availability of agricultural products as raw material is abundant but cannot be absorbed optimally by the industry.

“We have identified that the quality and continuity of domestic agricultural products is not guaranteed so far; the ability and skills of agricultural human resources are still limited; agricultural technology used in on-farm and off-farm is not advanced technologies so that it produces low-quality products; and the implementation of partnership has not developed yet in an ideal manner,” Bhakti said.

Second, in the industrial sector, Bhakti assessed that agro-industry as an absorber of agricultural products has not grown significantly. In addition, he added, it is also necessary to improve the research and development.

“The issues of COVID-19 pandemic bring a significant impact on the development of agro-industrial growth,” he added.

From the Government side, Bhakti said that the Government needs to constantly optimize the support for the creation of a business climate that is conducive by simplifying business licensing, eliminating overlapping regulations, and others.

“In accordance with today’s theme, the linkage between the agro-industry sector and the agricultural sector is necessary, which is supported by the creation of a business climate that is conducive,” he said.

On that occasion, Bhakti also expressed hope that in the second series of the FGD, the results of the previous discussion can be sharpened and elaborated in more detail so that the agro-industry can be more developed with the support of the abundant supply of domestic raw materials from the agricultural sector.

“In essence, this agro-industry is considered to be developed with the highlight that the availability of the abundant supply of raw materials can cause a significant multiplier effect in the concept of good synergy between the agricultural sector and the agro-industry itself,” he said.

Structural transformation in the agricultural sector is pivotal since this sector is one of the largest contributors to national economic growth, with a contribution to gross domestic product (GDP) of 12-13 percent during a 2019-2020 period.

Based on the data from Statistics Indonesia (BPS), the agricultural sector saw a positive growth by 2.59 percent (yoy) amid the pandemic in the fourth quarter of 2020.

For the record, the FGD featured three speakers, namely Abdul Rochim (Director General of Agro-Industry at Ministry of Industry), Sahara (Head of the Department of Economics, Bogor Agricultural University), and Suharno (General Chair of the Indonesian Agribusiness Association for the 2013-2019 Period). (TGH/UN) (RIF/MUR)