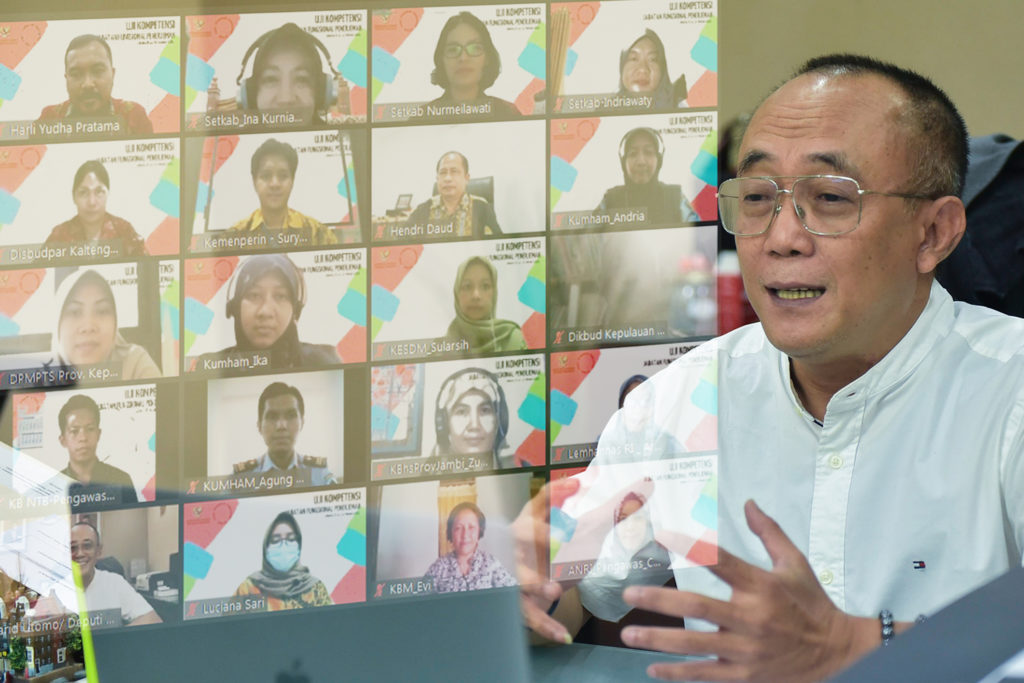 The test, which is held online from 8 to 11 February 2021, serves as a feasibility test to ensure and to guarantee that each functional official has mastered competencies needed to be appointed to a higher position.

Deputy Cabinet Secretary for Administrative Affairs Farid Utomo who officially opened the test said that the online test presented a new challenge not only to the Cabinet Secretariat as the fostering agency of government translators and interpreters, but also to the participants.

“Nevertheless, we hope this online competency test will not impair the quality of required competencies,” he said added that the participants should do their best to meet the competency standards set by the agency.

In the meantime, Head of Cabinet Secretariat’s Government Translators and Interpreters Development Center (Pusbinter) Sri Wahyu Utami in her remarks said that Cabinet Secretariat has been organizing competency tests each year since 2018.

The translation skills test covers translations of legal texts, news articles from websites, and literary works. In addition, managerial skills and social-cultural competence of the participants will also be assessed as mandated by laws and regulations on the fostering of government translators and interpreters.

Before the test, she added, Cabinet Secretariat in cooperation with Language Development Agency of International Language Institute (LBI) of University of Indonesia held training sessions for the test participants. They got the opportunity to learn from experienced trainers and academic practitioners in the fields of language and translation.

According to Sri, the test also involves personnel of human resources division from each participant’s institutions as test supervisors. (FID/UN) (RAS/MMB)