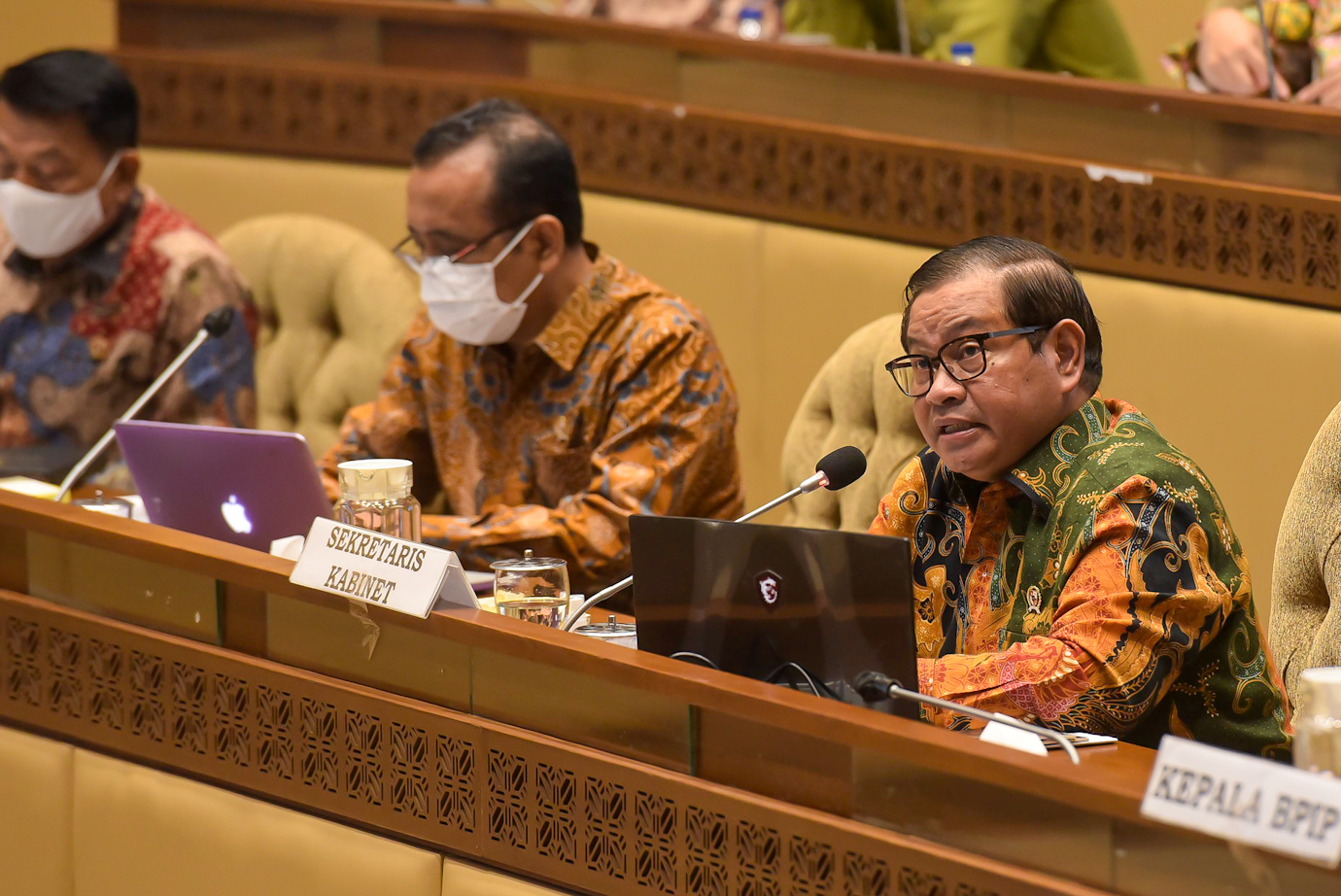 Cabinet Secretary Pramono Anung attends a working meeting with Commission II of the House of Representatives (DPR) in Jakarta, Wednesday (2/6). (Photo by: PR of Cabinet Secretariat/Agung)

Cabinet Secretariat has cut its budget by Rp26.33 billion for the 2021 budget year.

“Due to COVID-19, we refocused (our budget) and we cut it by Rp5 billion. And following the the last letter from Ministry of Finance on Ministry/Agency Spending Cut, we slashed our budget again by Rp21.33 billion,” Cabinet Secretary Pramono Anung said said during a working meeting with Commission II of the House of Representatives (DPR) overseeing home affairs in Jakarta, Wednesday (2/6).

Following the budget cuts, Pramono said that the 2021 budget ceiling for Cabinet Secretariat, which was originally set at Rp339.76 billion, has been cut to Rp313.43 billion.

From that allocation until 20 May 2021, Rp99.24 billion or 31.66 percent of the cut budget has been realized. The budget is used for the President and Vice President’s Service Delivery Program as well as Management Support Program.

In the meantime, to optimize the role in providing support for cabinet management to the President and Vice President, Cabinet Secretariat has proposed additional budget for 2022.