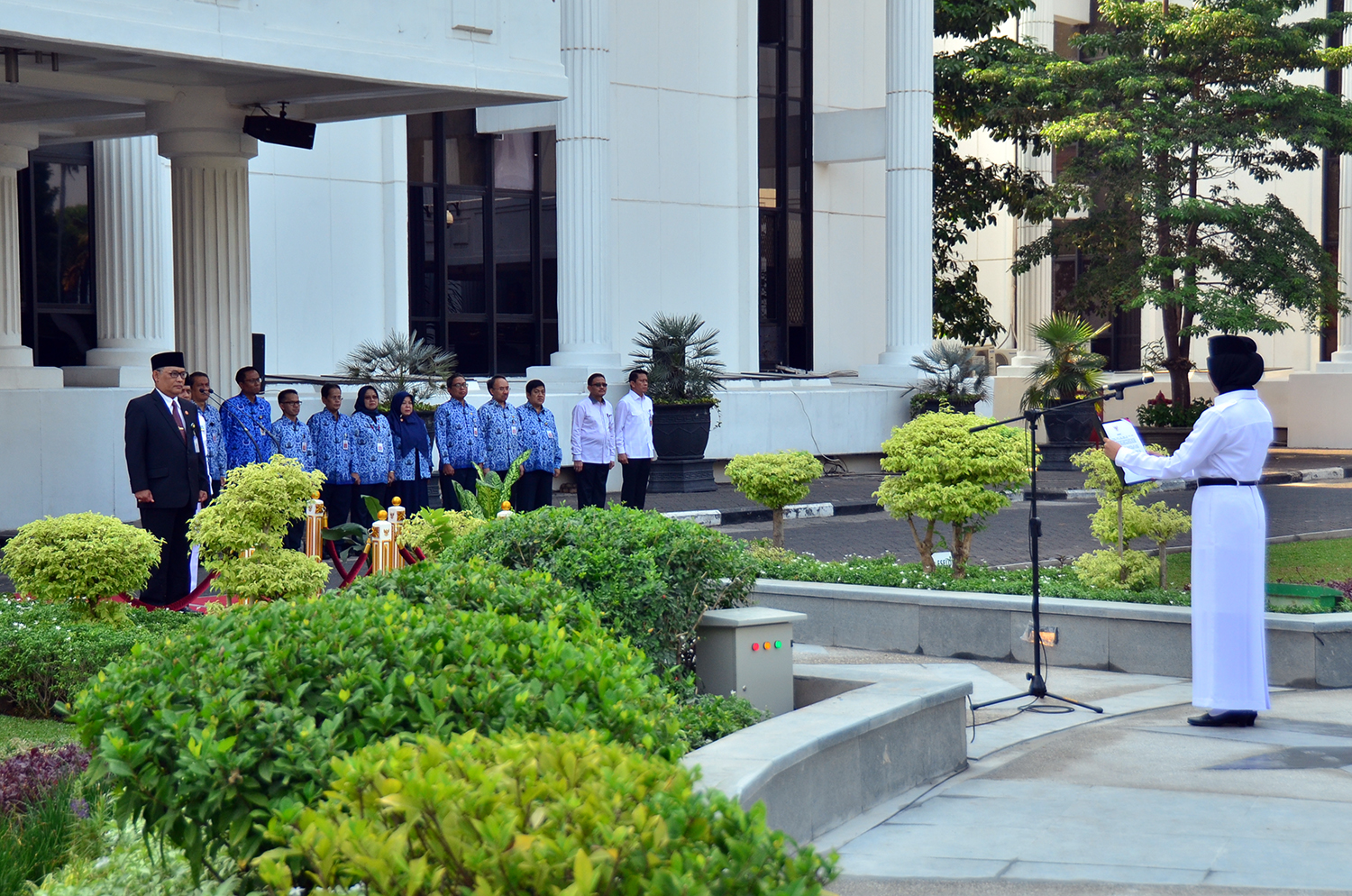 In the commemoration of this year’s Pancasila Sanctity Day, Ministry of State Secretariat on Tuesday (1/10) morning hold a flag-raising ceremony

The ceremony was led by Deputy to Minister of State Secretariat for Institutional and Community Relations Prof. Dr. Dadan Wildan and was attended by high ranking officials and staff from Ministry of State Secretariat, Cabinet Secretary, Ministry of Women Empowerment and Child Protection, Executive Staff of President, the Presidential Advisory Board (Wantimpres), the Agency for the Implementation of the State Ideology of Pancasila (BPIP), and the National Defense Council (Wantanas).

As part of the ceremony, the participants recited an oath to uphold and practice the values of Pancasila ideology.

“In the name of God Almighty, we are determined to uphold and to practice the values of Pancasila as a source of strength to fight for and to uphold the truth and justice for the integrity of the Unitary State of the Republic of Indonesia,” the oath reads.

Pancasila Sanctity Day was established during the New Order under former President Soeharto in observance of the passing of seven heroes of the revolution, who were perished in a failed coup allegedly attempted by members of the now-defunct Indonesian Communist Party (PKI). (AIT/AGG/ES)