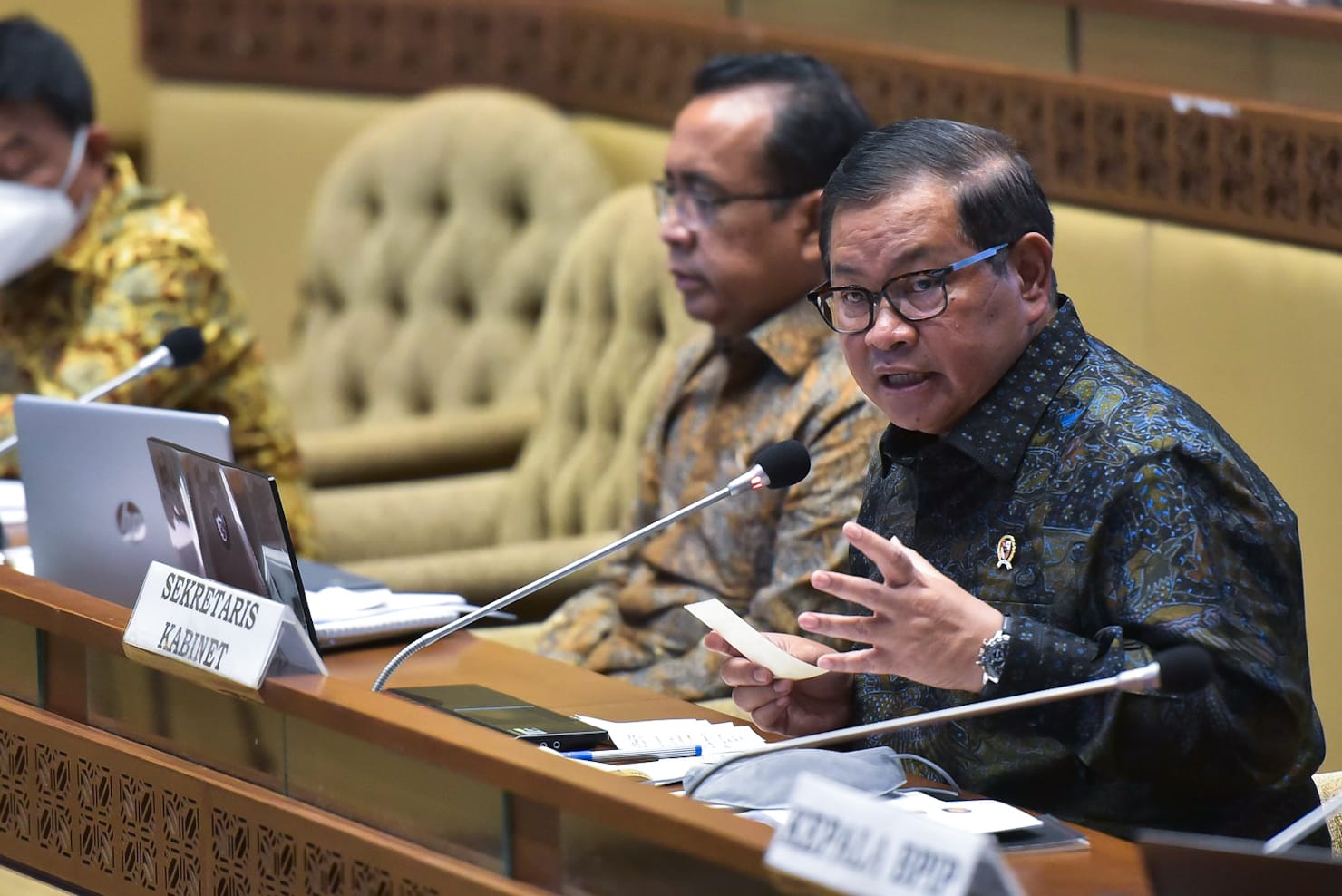 Cabinet Secretary Pramono Anung on Monday (04/04) has attended the working meeting led by Chairperson of Commission II of the House of the Representatives (DPR) Ahmad Doli Kurnia Tandjung, at Nusantara Building of DPR RI, Jakarta.

In the meeting, the Cabinet Secretary stated that the realization of the 2022 State Expenditure in the State Budget (APBN) reached Rp53.27 billion (16.32 percent) of Rp326.32 billion.

“As of March 20, we would like to report that 17.90 percent or Rp51.72 billion has been realized for Management Support program, while for the realization of Assistance Provision program to the President and Vice President is still relatively small at 4.15 percent or Rp1.56 trillion.” Pramono said.

Furthermore, the realization of the Cabinet Secretariat’s capital expenditure is still nil of Rp1.66 billion since the institution is currently in procurement stage. “I hope it will be completed in April-May,” he added.

On that occasion, Pramono also stated that the realization of the 2021 State Expenditure for Cabinet Secretariat has reached 96.30 percent (Rp286.64 billion) of Rp297.67 billion. He also added that the institution went through five times budget revisions from the initial amount of Rp339.76 billion.

The decrease in 2021 realization, Pramono added, among others occurred in personnel expenditures, citing the example of the appointment of one of the special staff to the president—whose budget have been borne by Cabinet Secretariat’s budget—as Indonesian ambassador and optimizing overtime spending due to the work from home/office policy.