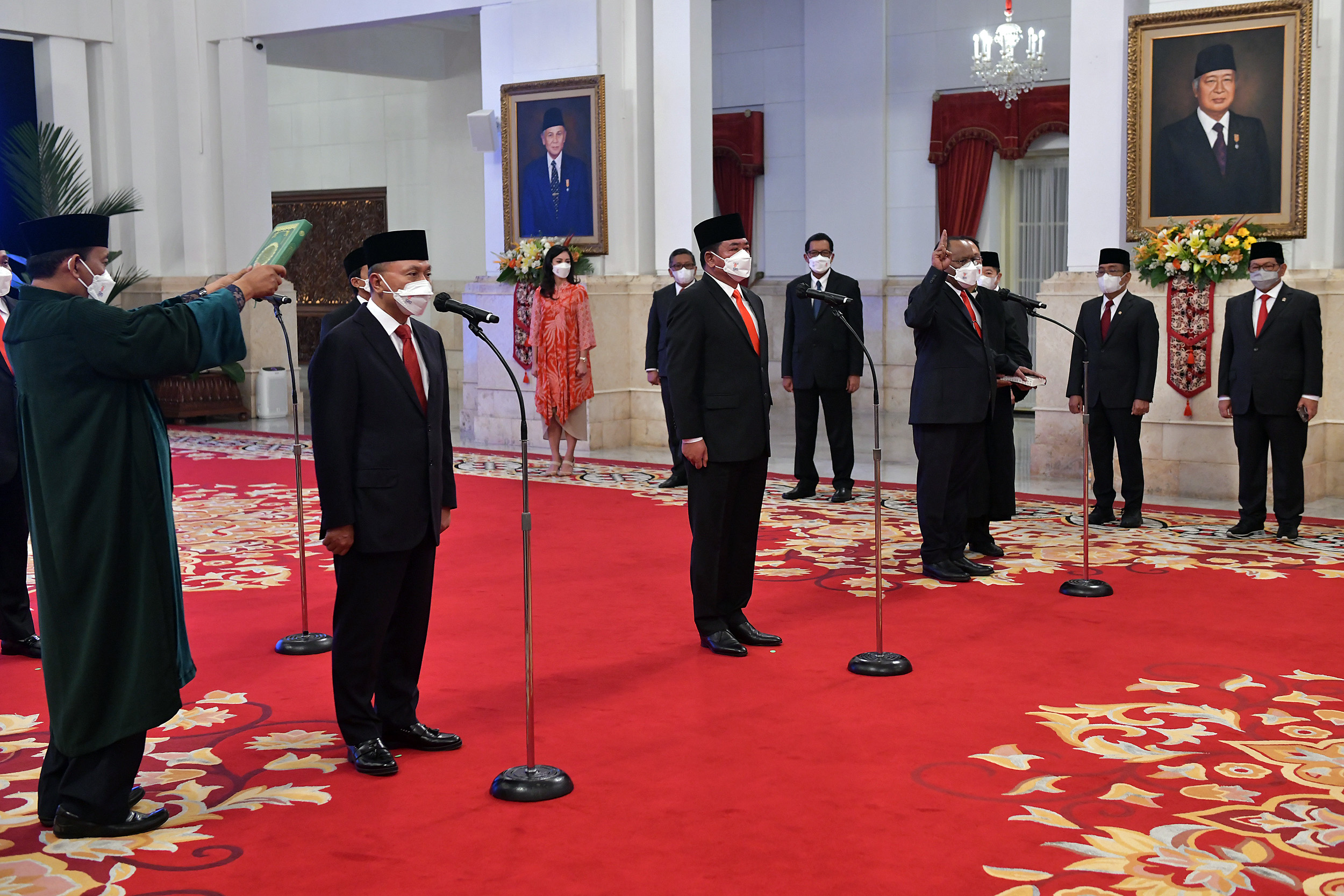 Cabinet reshuffle is carried out based on throughout consideration, according to Cabinet Secretary Pramono Anung.

“The reshuffle is not decided in a day. It has been through long and thorough discussion. The President needs a refreshing change of several ministers and deputy ministers,” he said in the Presidential Complex, Jakarta, Wednesday (06/15).

He went on to say that cabinet reshuffle is the prerogative of the President.

“The President knows the best about what he needs right now. We, as the one who supports him, has a task to share our views on some issues before the President makes a decision,” he said, adding that the President took into account detailed consideration on members of the cabinet and time of reshuffle.

Pramono expressed hope that the newly-inaugurated ministers and deputy ministers of the Indonesia’s Onward Cabinet can strengthen the cabinet, and make it more agile to face current global challenges such as the issues of food and inflation.

“Having experience in two terms of office in the past eight years, the President has proper understanding about the current issues, such as cooking oil, foods, energy. For that reason, a refreshing change in the cabinet is necessary, “ he remarked.