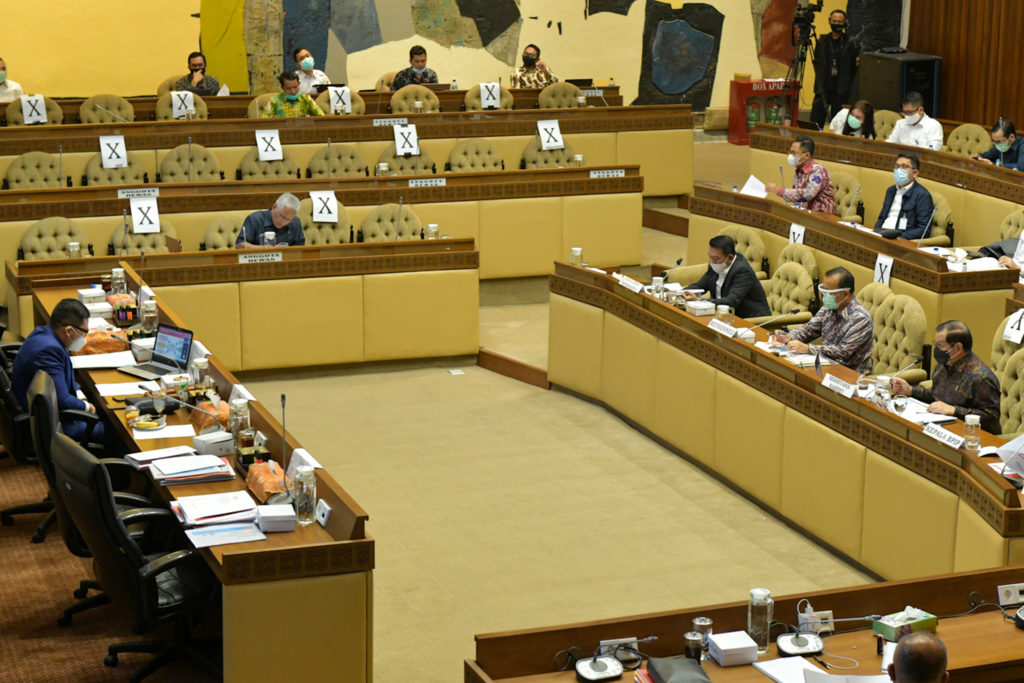 Cabinet Secretary Pramono Anung explains the use of the proposed additional budget at the Joint Working Meeting of Commission II of the House of Representatives (DPR) in Senayan, Jakarta, Monday (21/9). (Photo by: Public Relations/Ibrahim).

Cabinet Secretary Pramono Anung stated that the 2021 budget allocation is designed to implement Presidential Regulation Number 55 of 2020, including reviewing Ministerial and Institutional Regulations.

“So far Cabinet Secretariat has not reviewed the existing Ministerial and Institutional Regulations, now, we will be,” the Cabinet Secretary said at the Joint Working Meeting of Commission II of the House of Representatives (DPR) in Senayan, Jakarta, Monday (21/9).

Until Monday (21/9), Pramono Anung said that the Cabinet Secretariat has approved and issued 32 letters of approval for the approval of Ministerial Regulations. Meanwhile, those of 93 Ministerial and Institutional Regulations are still being processed.

In addition, the Secretary said that in accordance with the President’s directives regarding changes to the work system and prioritizing the use of IT technology and information, those require financing or budget allocation.

“Likewise with the new task, namely the implementation of the duties and functions of the Translator Development Center, so now in our Secretariat, there is an echelon II for the development of translators throughout Indonesia,” Pramono said.

“No less important is also the strengthening of human resources and IT infrastructure,” he said.

On the realization of the budget, Pramono said that it has reached at least 58.66%.

Based on the type of expenditure, the Secretary said that the realization of personnel expenditure has reached 62.86%, while goods and capital expenditures have reached 49.85% and 67.06% respectively.

Furthermore, he said that the increase in the budget ceiling of the Secretariat is in accordance with the Letters of Minister of Finance and the Bappenas (National Development Planning Agency). It has increased by Rp39,612,000,000, bringing the total to Rp339,755,142 (Rp302,303,941.00 for management support and Rp37,451,201.00 for the provision of services to the President and Vice President).