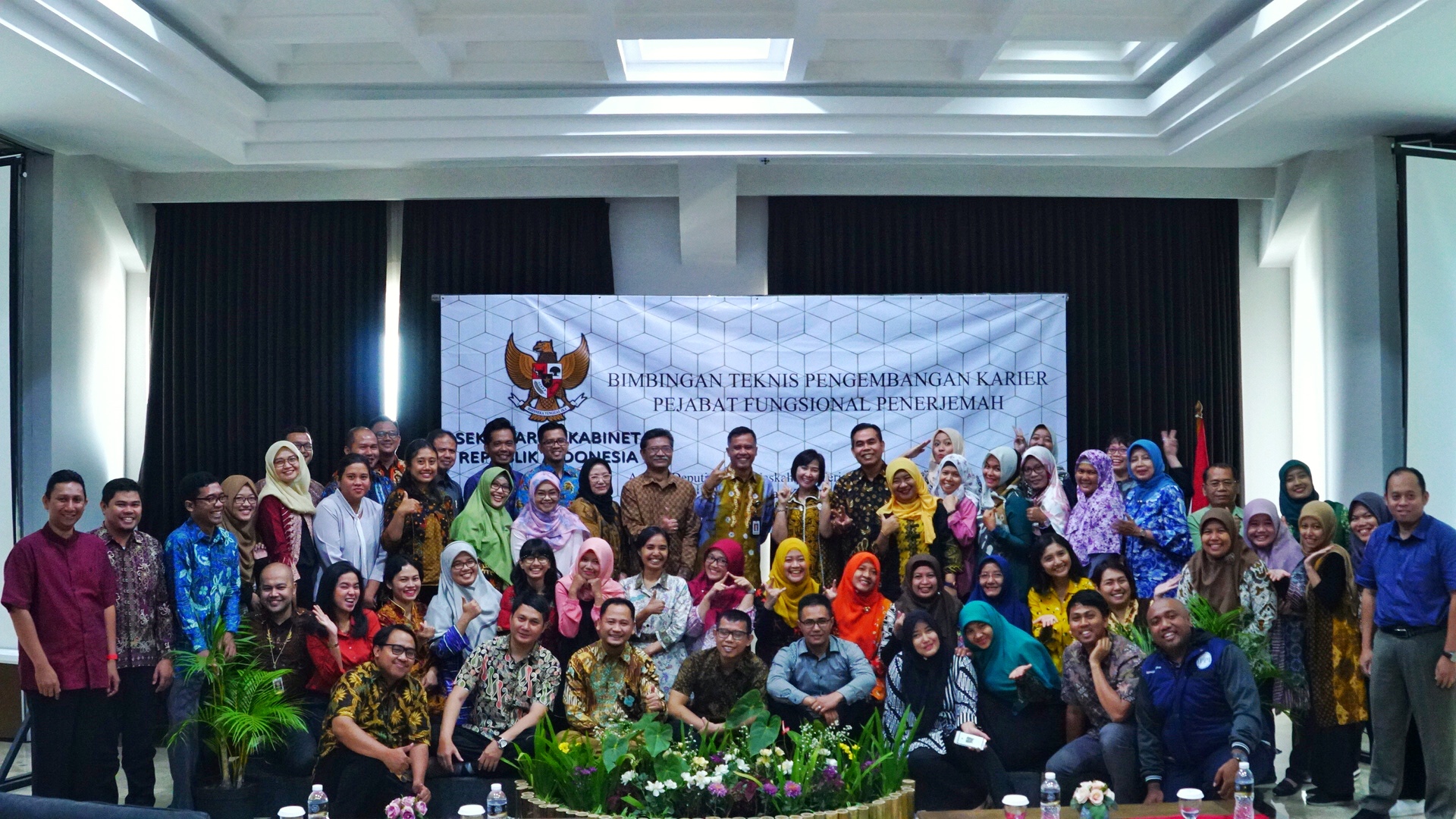 Translating literary works is one of the challenges for government translators to maintain national identity in the era of globalization, according to Thanon Aria Dewangga, Deputy to Cabinet Secretary for Cabinet Work Support.

“Cabinet Secretariat as fostering institution of translator functional government seeks to improve the skills of government translators to translate literary works, in addition to their proficiency in foreign languages,” Thanon said at the Career Development Workshop for Government Translators in Bogor, Friday (8/11).

At present, he continued, Cabinet Secretariat fosters 193 government translators and interpreters and will continue to hone their translation skills in the field of literature so that those literary works can be enjoyed by the general public.

On that occasion, Thanon said that government translators need trainings particularly on literary works due to several reasons.

First, the Government should start to incorporate cultural elements in every speech delivered by the President and other high-ranking officials to build certain attachment to the audience. He cited an example of Jusuf Kalla’s speech written with Bugis language, a local language from the eastern province of South Sulawesi.

Third, a nation’s culture including regional language should be preserved to avoid extinction.

Fourth, translating literary works is one way to strengthen the nation’s identity. “Indonesia is famous for its diversity. We always promote ‘unity in diversity’ but unfortunately we have been constantly exposed by foreign cultures and slowly forget our own culture,” said Thanon.

He also cited an example of the Republic of Korea’s government efforts to maintain its culture, one of which to translate all foreign books into the Korean language.

Thanon went on to say that many literary works, such as poetry, saga, prose and others, which often contain the life philosophy and positive values, should be translated.

“I call on all government translators to jointly preserve our ancestral heritage and to help pass it on to our children and grandchildren. Literary works has shown us how big and diverse our country is. For this reason, Cabinet Secretariat as a fostering agency for government translators will make efforts to encourage the preservation of regional languages,” Thanon said, while reminding that in the globalization era, people should not leave their identity as Indonesian people.

Translating literary works is also one of the efforts to preserve our culture as well as to introduce it to the global world, he added. (HDK/EN)