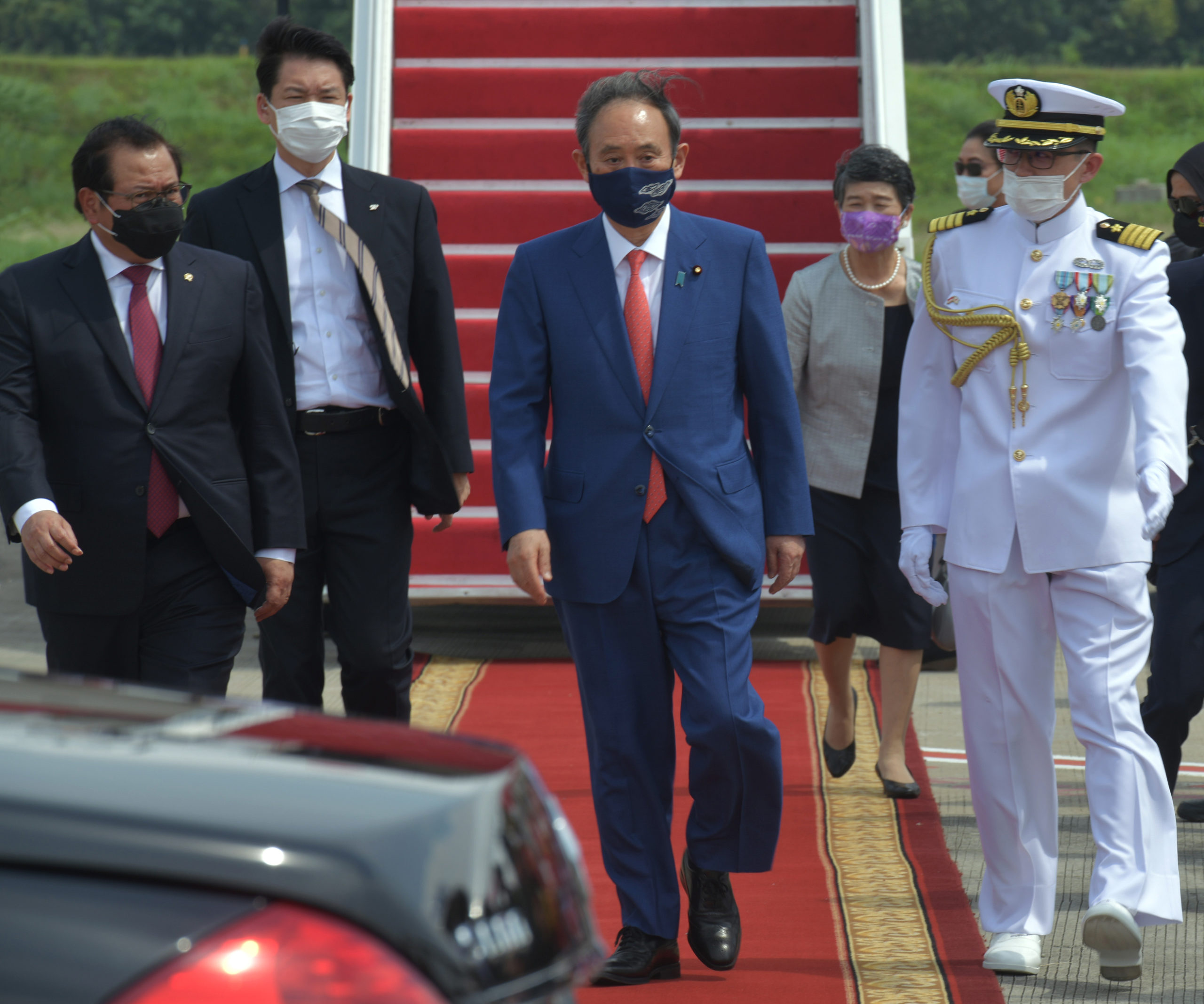 PM Yoshihide Suga and his wife arrived at Soekarno-Hatta International Airport at 13.30 Western Indonesian Time. Also welcoming the PM and his wife was Head of State Protocol Andy Rachmianto.

The Japanese Prime Minister and his entourage then headed to the Bogor Presidential Palace to carry out an official visit and a bilateral meeting with President Joko “Jokowi” Widodo.

In the meantime, Minister of Foreign Affairs Retno Marsudi stated that PM Yoshihide Suga’s visit to Indonesia aims to discuss cooperation between the two countries in the context of COVID-19 pandemic handling. The visit to Indonesia is one of a series of the Prime Minister’s first visits. (TGH/UN)